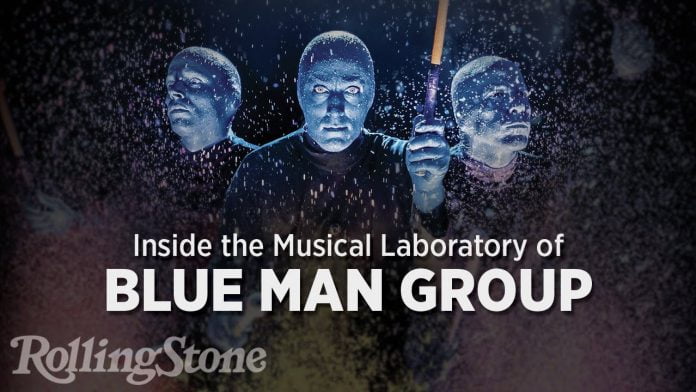 For 25 years, the Blue Man Group has blurred the thin blue lines between music, theater, performance, visual art and invention. As a percussion-based spectacle, part of their appeal has always been primal banging on knotty tangles of PVC tubes, the furious whipping of airpoles and the thunderous pounds on a big drum they lovingly call “the Big Drum.” Their mostly instrumental third album, Three, just released on Rhino Records, is a feast of such sonic ingenuity, a showcase of home-brewed instruments like the snorkelbone and the chimeulum honking and sparkling over rhythms redolent of contemporary EDM.