There are three things you can’t touch.

…The Toronto Blue Jays baseball team led by this guy.

…and what Rogers and Samsung has been able to do with your television viewing opportunities. 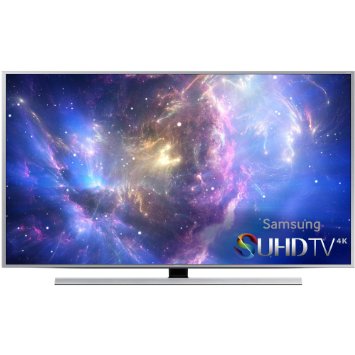 All the time when the Toronto Blue Jays were writing their historic season last year ending with the Jays only 90 feet away from a tie, to later fall 4-3 in Game 6 of the American League Championship Series to lose the series, four games to two, Samsung was putting the finishing touches on making their viewing experience even more heart-pounding, if that was even possible.

Baseball to me isn’t just a game, just like music isn’t just a medium of sound and silence. Basebal is an event with a heart, a life force, a profound spirituality and a vital part of my life. As a lover of the Jays, I enjoy going to the Rogers Centre where I can relax, have some peanuts and hot dogs and possibly be yelled at from the people around me for singing OK Blue Jays, Let’s Play Ball a little too off-key. “You were great, Dad!” my daughter would say, trying to be nice. “During some of the singing, I could see dogs perking up without anyone else hearing that really high note!”

And then I would spend an average of 96 minutes- more than half the game – just looking for Rush’s Geddy Lee sitting behind home plate.

The way I got into the Jays was like any other kid in Toronto in the ’70s. First, watching them play at Exhibition Stadium, where I was at the first game back in April, 19777, along with 86 million other liars who claim to be there. Then, watching them throughout the year, culminating into their two World Series titles. And now, with my daughter, we get to watch them at the Rogers Centre and create those moments like I remember with my dad all those years ago – exciting, hungry, eating too much, getting sick, getting excited again, sleeping in the car on the way home. By the time morning came, I realized it was the greatest day I ever spent.

Last season’s success for the Jays caused such a great demand for tickets that the City of Toronto actually got to stop building its dream superb subway system costing billions of dollars because we put it all towards buying Jays hats, jerseys, and Rush albums on vinyl. The Jays again have a huge uptick in a fan base across Canada, and around the world for the team. With sell-out after sell-out, more people are watching baseball at home in record numbers. This is where Rogers and Samsung comes in.

Actually, let’s go back about 50 years. Samsung was founded by Lee Byung-chul in 1938 as a trading company. Over the next three decades, the group diversified into areas including food processing, textiles, insurance, securities and retail. Samsung entered the electronics industry in the late 1960s by forming several electronics-related divisions, such as Samsung Electronics Devices, Samsung Electro-Mechanics, Samsung Corning and Samsung Semiconductor & Telecommunications, and made the facility in Suwon. Its first product was a black-and-white television set.

I’ve long admired their products. Their televisions even back then were extraordinary, powerful and compelling. Today, their 55″ Samsung UN55JS8500 4K SUHD 3D Smart LED TV in the ultimate realization of a visionary project, tracking between two different worlds – the actual content and clearness of that product, and the cutting-edge online world of YouTube and social media. This more affordable 4K LED backlit offering from Samsung has some excellent features. The 8500 series has a slightly lower Clear Motion Rate, edge-lit LEDs and thus an edge lit dimming platform, lower LED peak brightness, awesome specs and new color technologies. With SUHD 4K TVs, now you can experience stunning colors, deep contrast, incredible brightness, and 4K resolution that redefines your TV viewing experience.

That means, for most people, you can go to YouTube, watch the latest videos there, and also Tweet your heart out at the same time. From your TV. This blows my mind. The above jargon is for readers who truly accept and understand this is one remarkable television. You should know that I am fine, decent and inquisitive man, but unfortunately I have barely more technical knowledge than a baked potato.

But what I do know is this: The Samsung UN55JS8500 Smart TV provides one place to enjoy content from a wide range of sources. You can easily connect the Smart TV wirelessly with your compatible smartphone for streaming and content sharing. It also lets you access your favorite program choices, live TV, video on demand, streaming sources, apps and social media in one easy-to-browse navigation experience.

In order to watch on your 4K TV, the Rogers NextBox set-top box go hand in hand. Without content (viewed through your 4K box), you’re watching on a blank screen. That’s not what you want. Sportsnet will be airing all 81 Blue Jays home games in 4K, so you have to get the Rogers NextBox set-top box. Rogers continues to expand its 4K offering throughout the year, so this is terrific news.

Watching the Blue Jays has given me a bit of a creative spark online, so I’ll be live-tweeting throughout the season fun facts about the team, score updates, player trivia and anything else I can think of with the hashtag #LifeIn4K, so you can follow along, too!

This is assuming that I ever leave my house again. Once you see it for yourself, you may never, too.

By the way, Samsung provided my new 4K TV and Rogers provided my Rogers Nextbox 4K set-top box, but as the Jays’ owners provide the players’ salaries,  I’m the owner of my own words and enthusiasm here.