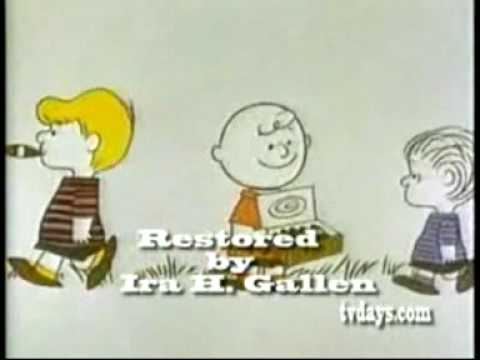 Since the debut of Peanuts in 1955, Charles Schulz was hounded by fans and advertisers alike on when he would make the leap into TV. He reportedly balked, saying, “There are some greater things in the world than TV animated cartoons.”

Originally, he only said yes for Ford Motors, as it was the only brand of cars he ever drove.

The advertising started when the Ford licensed the characters in early 1959 for a series of color television commercials for its automobiles and intros for The Tennessee Ernie Ford Show which they sponsored. While the show ended in 1961, the deal lasted another three years. The ads were animated by Bill Meléndez for Playhouse Pictures, a cartoon studio that had Ford as a client. Schulz and Meléndez became friends, and when producer Lee Mendelson decided to make a two-minute animated sequence for a TV documentary called A Boy Named Charlie Brown in 1963, he brought on Meléndez for the project.