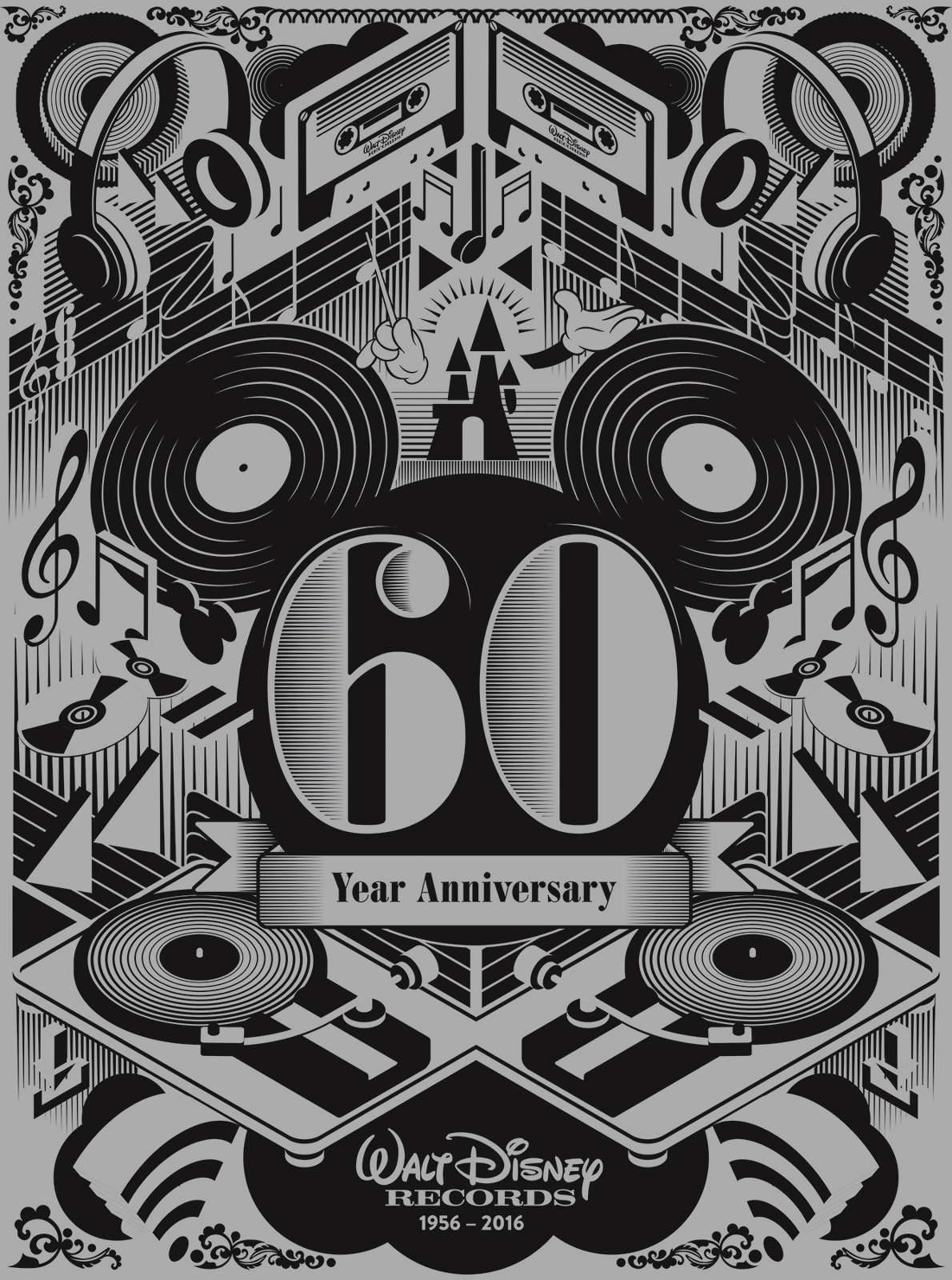 Walt Disney Records is proud to celebrate its 60th anniversary with the music that has been enchanting and entertaining audiences for generations. To kick off the celebration, Alan Menken will participate in a special event at the Grammy Museum on June 1, “An Evening with Alan Menken,” which includes a Q&A and culminates with a special performance. One of the most admired and prolific musical talents of our time, this Academy Award, Grammy Award, and Golden Globe Award winner is responsible for unforgettable Disney classics including “Part of Your World” (“Little Mermaid”), “Under the Sea” (“Little Mermaid”), “Be Our Guest” (“Beauty and the Beast”), “Beauty and the Beast” (“Beauty and the Beast”), “A Whole New World” (“Aladdin”), “Colors of the Wind” (“Pocahontas”), “The Bells of Notre Dame” (“Hunchback of Notre Dame”), “I Won’t Say (I’m in Love)” (“Hercules”) and “I See the Light” (“Tangled”).

The selected albums and tracks represent numerous key releases that have been important to the label and The Walt Disney Company such as “Some Day My Prince Will Come” from Snow White (first soundtrack), “When You Wish Upon a Star” from Pinocchio (theme song for TWDC), “The Ballad of Davy Crockett” (first single from a television show), “Monkey’s Uncle” by Annette Funicello (the label’s first teen sensation), tracks from Mary Poppins (album held the #1 position on Billboard’s Top 200 Chart for 14 weeks) and “Hakuna Matata” from The Lion King (soundtrack earned WDR its first Diamond Award from the R.I.A.A., certifying sales of 10 million units). Also highlighted is the chart-topping multi-platinum Frozen soundtrack, Star Wars: The Force Awakens, Disney-Pixar classics (Toy Story, Finding Nemo, Inside Out and more), plus albums and songs from Disney Channel Original Movies and series including and High School Musical and Hannah Montana.

Celebrating 60 years, Walt Disney Records has set the standard as the leader in family audio entertainment. The label has earned more than 300 gold, platinum and multi-platinum awards from the R.I.A.A, and several of its releases rank among the top-selling singles and soundtracks of all time. Over the last decade, the label has helped preserve Disney’s rich musical history by the restoration of its earliest recordings and re-mastering of classic soundtracks in an effort to keep the legacy and musical spirit of Disney alive for future generations.