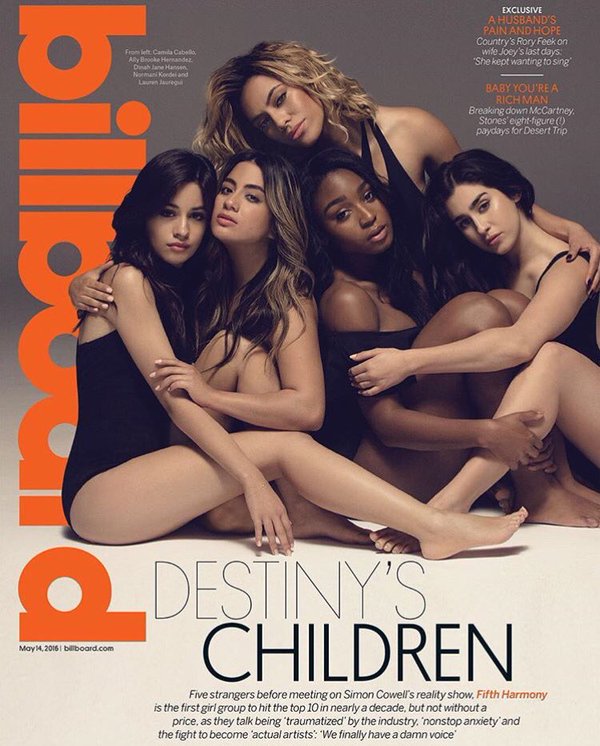 Chart topping sensations, Fifth Harmony, will set the summer on fire again this year with THE 7/27 TOUR set to launch on Wednesday, July 27 at the Verizon Wireless Arena in Manchester, NH. The tour, produced by Live Nation, will support their brand new album, 7/27, featuring their latest hit single “Work from Home” due out on Syco Music/Epic Records on Friday, May 27. Ally Brooke, Normani Kordei, Lauren Jauregui, Camila Cabello and Dinah Jane will bring their powerhouse vocal performances to fans throughout North America this summer with over 30 tour dates lined up including shows in Los Angeles, Brooklyn, Chicago, Boston, Atlanta, Dallas, San Diego and more. The full routing for Fifth Harmony’s THE 7/27 TOUR is below.

Tour club presale will begin Monday, May 23 at noon local time; fans can join and find more information at http://fifthharmony.co/tourclub. Citi card members will have access to presale tickets beginning Tuesday, May 24 at 10 a.m. local time through Citi’s Private Pass Program. For complete presale details, visit www.citiprivatepass.com. Fans that pre-order the album at http://smarturl.it/FifthHarmonyOfficial will receive a 7/27 TOUR presale code for early access to tickets starting Wednesday, May 25. Tickets for the general public go on sale Friday, May 27 at www.livenation.com.

When purchasing a ticket, fans will also have the opportunity to make a voluntary donation to Urban Fitness 911, a Los Angeles non-profit dedicated to promoting health, fitness and academic skills in low-income communities. Donation amounts will range from $1-$15, with all proceeds going directly to UF911. In March, Fifth Harmony visited King Drew High School in Compton, CA for a Q&A session with students in the UF911 program. More information about the program can be found at www.urbanfitness911.com.

In support of the new album and upcoming summer tour, the group will perform on the Billboard Music Awards on Sunday, May 22, the season finale of “Dancing With the Stars” on Tuesday, May 24 and the “TODAY Show” on Monday, May 30.

Continuing its rapid climb up the charts, Fifth Harmony’s latest single, “Work from Home” feat. Ty Dolla $ign, is already breaking records ahead of the group’s upcoming sophomore album 7/27 set for release on Friday, May 27 from Syco Music/Epic Records. The track has earned Fifth Harmony their first top 10 hit on the Billboard Hot 100, and is the first song to reach the top 10 from a girl group since 2008; it also reached No. 1 on the Billboard Rhythmic Songs chart, marking the first girl group to top the chart in 15 years. Fifth Harmony’s record-breaking success on the charts adds to an already award-winning 2016, with the group’s first-time wins at the iHeartRadio Music Awards and People’s Choice Awards, their second win at this year’s Kids Choice Awards, and two wins at the Radio Disney Music Awards. Fifth Harmony boasts over 4 million followers on Instagram, 3 million on Twitter and 6.6 million fans on Facebook.