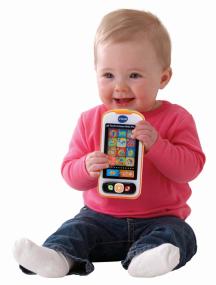 A new report from Influence Central’s new report called Kids & Tech: The Evolution of Today’s Digital Natives is coming out this week. The report—which is a subsection from a larger, ongoing study of 500 women across the USA—details findings on the way that kids are using technology and reveals several interesting insights. The highlights include:

Additionally, some of Influence Central’s research paints a picture of parents who are relaxing a little bit about their kids’ access to the internet which is enabled by so many devices.