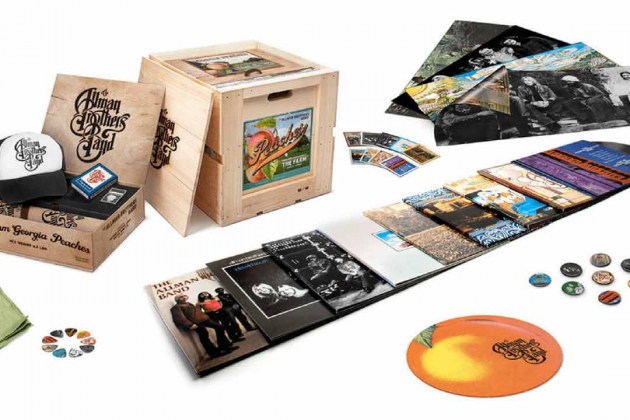 Nine essential Allman Brothers Band albums, spanning 1969 to 1979, have been remastered from the original analog tapes for reissue on audiophile quality 180-gram vinyl on July 22 by Mercury/UMe. An expanded, 2LP edition of The Allman Brothers Band; 1LP Idlewild South; 2LP At Fillmore East; 2LP Eat a Peach; 1LP Brothers and Sisters; 1LP Win, Lose or Draw; 2LP Wipe the Windows, Check the Oil, Dollar Gas; 1LP Enlightened Rogues; and 3LP debut of Live At Ludlow Garage: 1970 are available now for preorder, individually and together in a special limited edition set, which presents the nine albums on 15 LPs with exclusive extras in a Georgia-style solid wood peach crate. Available exclusively here, the peach crate collection is limited to 500 sets worldwide. On the same date, the nine albums will be available for download purchase in high definition digital audio (192kHz/24-bit and 96kHz/24-bit).