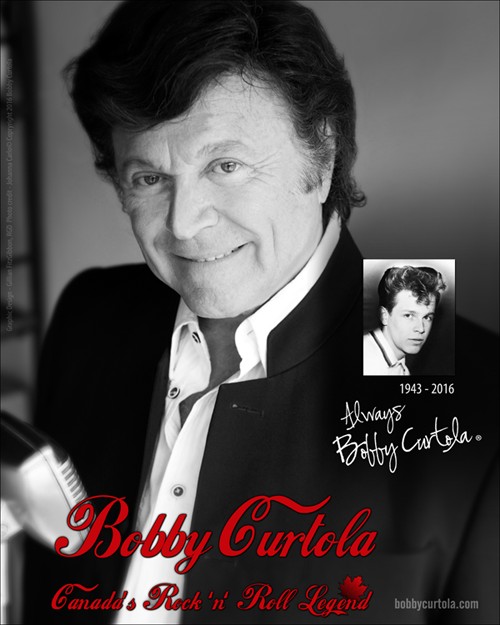 Bobby Curtola, the original teenage heartthrob and music trailblazer has passed away at home in Edmonton, Alberta on Saturday evening June 4, 2016.

The family has released a statement at this time:

It is with heavy hearts that we confirm the passing of our father, Bobby Curtola. He was an amazing man who did so much for the people in this world, but even more as a father, uncle, godfather and Nono. His entire family requests privacy at this time while they grieve their loss.

To his fans…he loved each and every one of you more than you will know, and never took for granted the life you gave him. He would want you to do something kind for one another today and each day. He would also want you to know he loves you, and that you have another angel watching over you