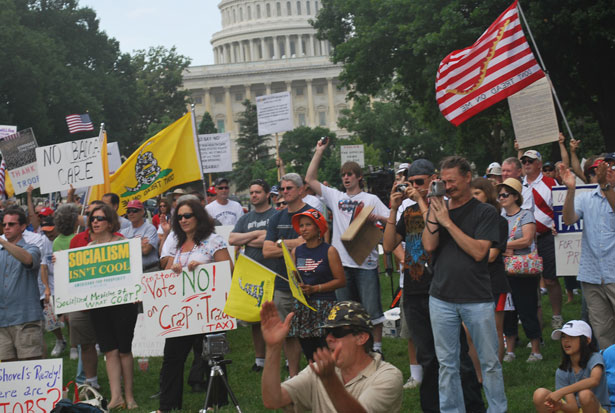 Crowds on Demand, he [founder Adam Swart] says, serves several clients a week, sometimes a day — most in L.A., San Francisco, and New York but an increasing number in smaller cities like Nashville, Charlotte, and Minneapolis. When people inquire about a potential event, Adam guides them through the possibilities and the approximate costs: $600 for fake paparazzi at a birthday dinner; $3,000 for a flash mob dancing, chanting, and handing out fliers as a PR stunt; $10,000 for a weeklong political demonstration; $25,000 to $50,000 for a prolonged campaign of protests. According to Adam, protests have become the company’s growth sector, and just as with advertising, repeat impressions are key. “When the targets of our actions see that we’re going to be back, day after day, they get really scared,” he says. “We’re in it for the long haul, and the problem’s not going to go away on its own.”

A crowd means something matters, that it has value. Bands know they get more buzz from selling out a smaller venue than from having a cavernous space half-full, even if the bigger venue means more people are able to attend. The crowd out on the street who couldn’t get in is an advertisement of the band’s rising fortunes. You know how it goes. You’re on a road trip. You find two Japanese restaurants side by side. One has a dozen customers, and the other is desolate. Which place has better food? No need to check Yelp — just follow the crowd. Accurate or not, its presence tells a story of its own.