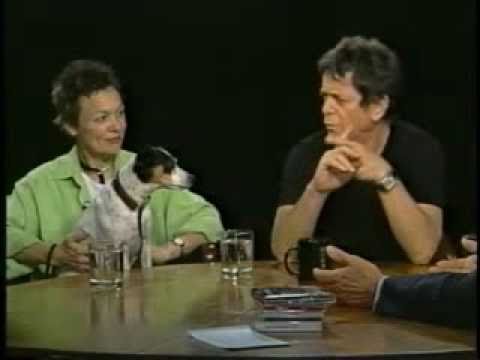 None of us can be Lou Reed and Laurie Anderson; every couple is happy, or unhappy, in their own way. But what, in the grand tradition of mining celebrity couple’s lives for advice, can we learn from them? I guess the overall message—as Anderson herself suggested in her Rock & Roll Hall of Fame acceptance speech for Reed (above, in shaky audience video)—is this: keep it simple. Kansas State English Professor Philip Nel points out Anderson’s “wise… thoughtful” words on the subject of living well, delivered in her speech at the 8:55 mark:

I’m reminded also of the three rules we came up with, rules to live by. And I’m just going to tell you what they are because they come in really handy. Because things happen so fast, it’s always good to have a few, like, watchwords to fall back on.

And the first one is: One. Don’t be afraid of anyone. Now, can you imagine living your life afraid of no one? Two. Get a really good bullshit detector. And three. Three is be really, really tender. And with those three things, you don’t need anything else.