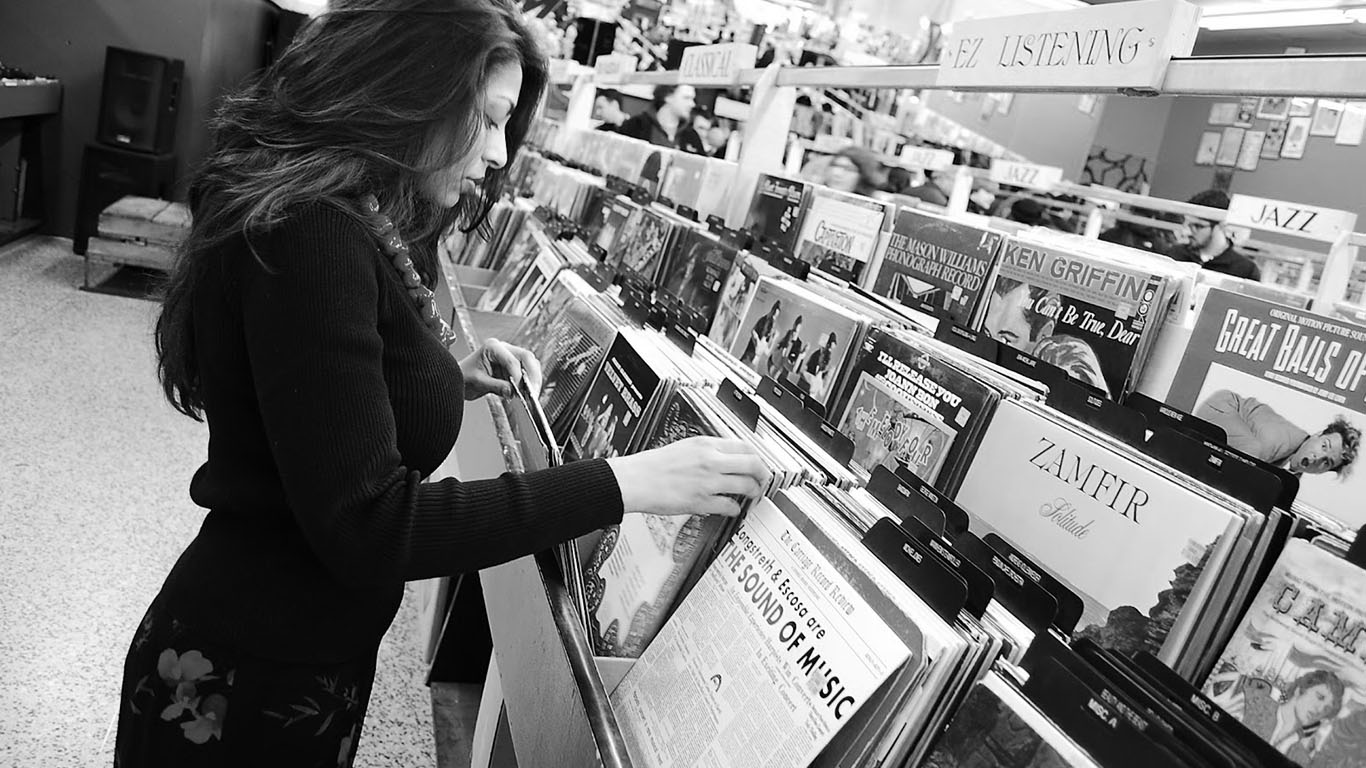 U.S. consumption of music continued to grow in the first half of 2016, even as sales of most formats declined, according to Border City Media’s state-of-the-industry data service BuzzAngle Music. With the pace of audio streaming more than doubling activity tracked over the same period last year, Total Industry Consumption was up by an impressive 6.5%. Streaming rose 58% and vinyl album sales continue its decade-long increase, with a 17% gain over midyear 2015.

The 58% gain in overall streaming was juiced by a 108% swell for audio streams, which more than doubled in 2016 YTD over same period last year. There were 209.4 billion on-demand streams in 2016 YTD – more than half (114 billion) were audio streams, marking the first time that streams from audio services (like Spotify and Apple) exceeded video streams from YouTube, Vevo, etc.

The recording industry can thank ongoing growth of on-demand streaming for most of the uptick, as on-demand audio and video streams grew by a combined 58%. Album consumption rose by the aforementioned 6.5%, when the contributions of song streams and sales are factored in with album sales. Similarly, the combined impact of streams and digital sales saw song consumption gain by a robust 29%. (Note: Utilizing industry standards, 10 song sales or 1,500 streams = 1 album sale; 150 streams = 1 song sale.)

King of the hill in the first half of the year is Drake, whose Views ranks as the top album while his “One Dance” is the most consumed song of the year. Meanwhile, even as the sales of downloads and CDs have slowed, an offering once presumed dead — the vinyl LP — continues a resurgence that has lasted more than a decade, 17% ahead of 2015’s first six months.

Quick takes from the 6-month data:

A The 58% gain in overall streaming was juiced by a 108% swell for audio streams, a category that saw a year-over-year growth of 97% in 2015. Audio stream plays in the first six months more than doubled those from the same period last year.

There were 209.4 billion on-demand streams in this half-year. More than half of those, 114 billion, were audio plays, marking the first period in which streams from audio services like Spotify and Apple Music exceeded video streams from YOUTUBE, VEVO and the like. With a 23% gain, video streams totaled 95 billion.

Even with the vinyl’s 17% gain, a CD erosion of 11% meant physical album volume fell by 9% from the first half of 2015, yet physical can still mean a lot to some large sellers. ADELE’s “25,” for example, stands as the second best-selling album of the year, and 65% of the 1.25 million it rang this year came from physical product, the large majority of those CDs.

For top album project consumption, factoring song sales and streams with album sales, DRAKE’s “Views” leads the pack with more than 2.5 million album project units. In this tally, BEYONCE’s ” Lemonade” is second with 1.67 million, and ADELE’s “25” is third at 1.6 million. Like DRAKE’s “Views,” BEYONCE’s April release has been available for streaming for the life of the album.

DRAKE also ruled song project consumption, with the combined impact of sales and streams, surpassing 3.3 million song project units for “One Dance.” On song sales alone, FLO RIDA’s “My House” tops all with his 2015 song clocking 1.9 million song sales in the first six months of this year.

The two best-selling year-to date albums show the range of options artists and labels can employ in their approach to the marketplace. The top seller, DRAKE’s “Views” (1.27 million), has been available for streaming since its release 1O weeks ago. He earns the first-half sales crown and “Views” is also the most streamed album so far in ’16, piling up more than 1.5 billion plays.

Conversely, the runner up, ADELE’s aforementioned “25” — which was last year’s top seller — only reached streaming services at the end of JUNE, more than seven months after its launch. It and BEYONCE’s “Lemonade” are the only albums besides DRAKE’s to surpass 1 million album sales so far this year.

It’s been a banner six months for Urban music, with the Hip-Hop and R&B genres both showing conspicuous growth. Aside from league-leading DRAKE, KEVIN GATES represents Hip-Hop among the top 1O most consumed album projects, while BEYONCE and RIHANNA are among four R&B artists in that list’s top 10. Hip-Hop had the greatest growth among all genres in song consumption and second largest growth in album consumption. R&B’s growth ranked first in album consumption and third in songs.

In the half-year span when fans mourned the deaths of Rock and Roll Hall of Famers PRINCE, DAVID BOWIE, GLENN FREY and EARTH, WIND & FIRE founder MAURICE WHITE, their music resonated, with PRINCE and BOWIE each represented in the top 1O among year-to-date album sellers.

PRINCE, alone, placed five of the half-year period’s 100 top selling albums, most of his sales happening since his death in late APRIL. BOWIE and FREY’s EAGLES each placed two albums among the top 100 sellers. As a class, albums by those acts plus FREY’s solo releases and EARTH, WIND & FIRE’s catalog amassed 3 million copies in these six months, more than four times what that set of artists sold in all of 2015.