In the face of security concerns and an uncertain global economy, the touring business is showing resilience and, despite a few rough spots in the festival sector, looks poised to remain robust through the end of 2016.

Tapping into this bull market are ongoing tours by Bruce Springsteen & The E Street Band, Beyonce, Coldplay, Justin Bieberand others. Also making the list, based on box-office data reported to Billboard Boxscore for the period of Nov. 10, 2015, through June 6, 2016, are already completed tours from Madonna, The Rolling Stones and Taylor Swift. (Two of the year’s biggest tours, Adele and Garth Brooks, do not report their box-office data.) 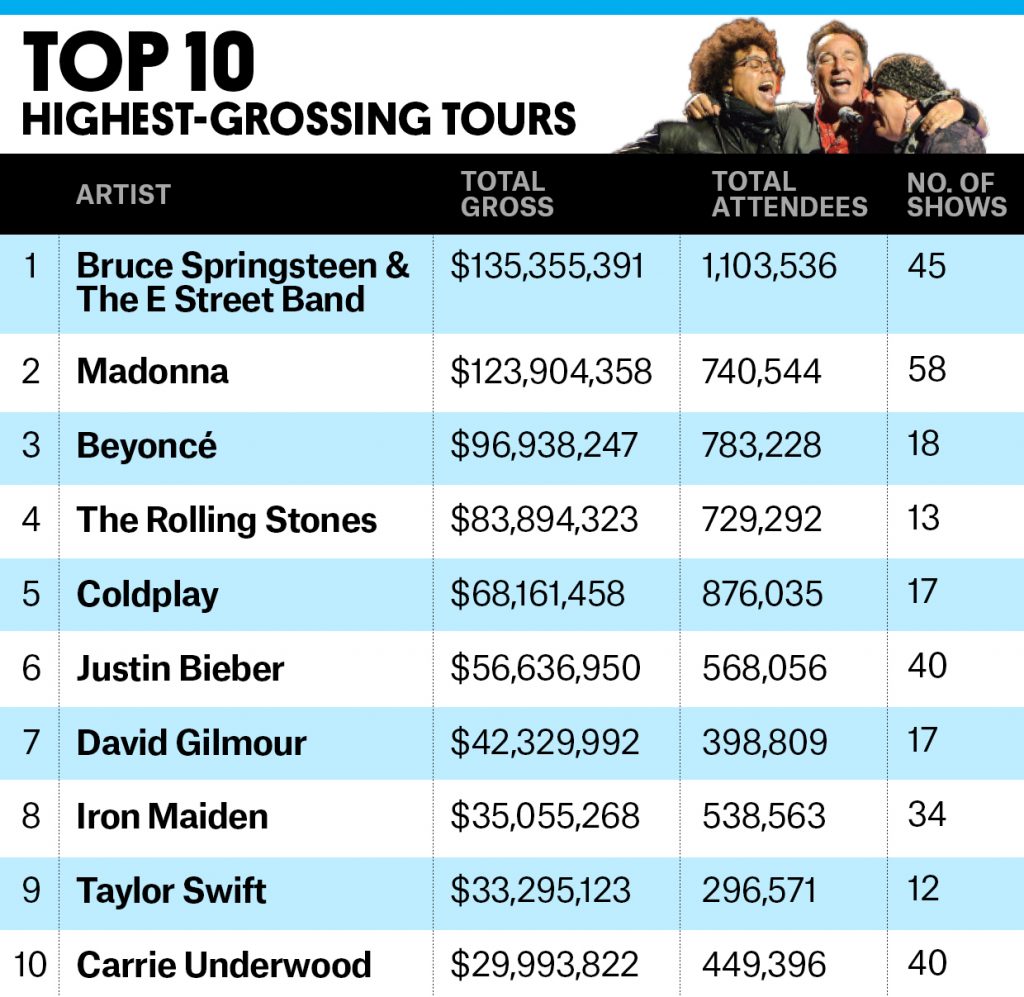 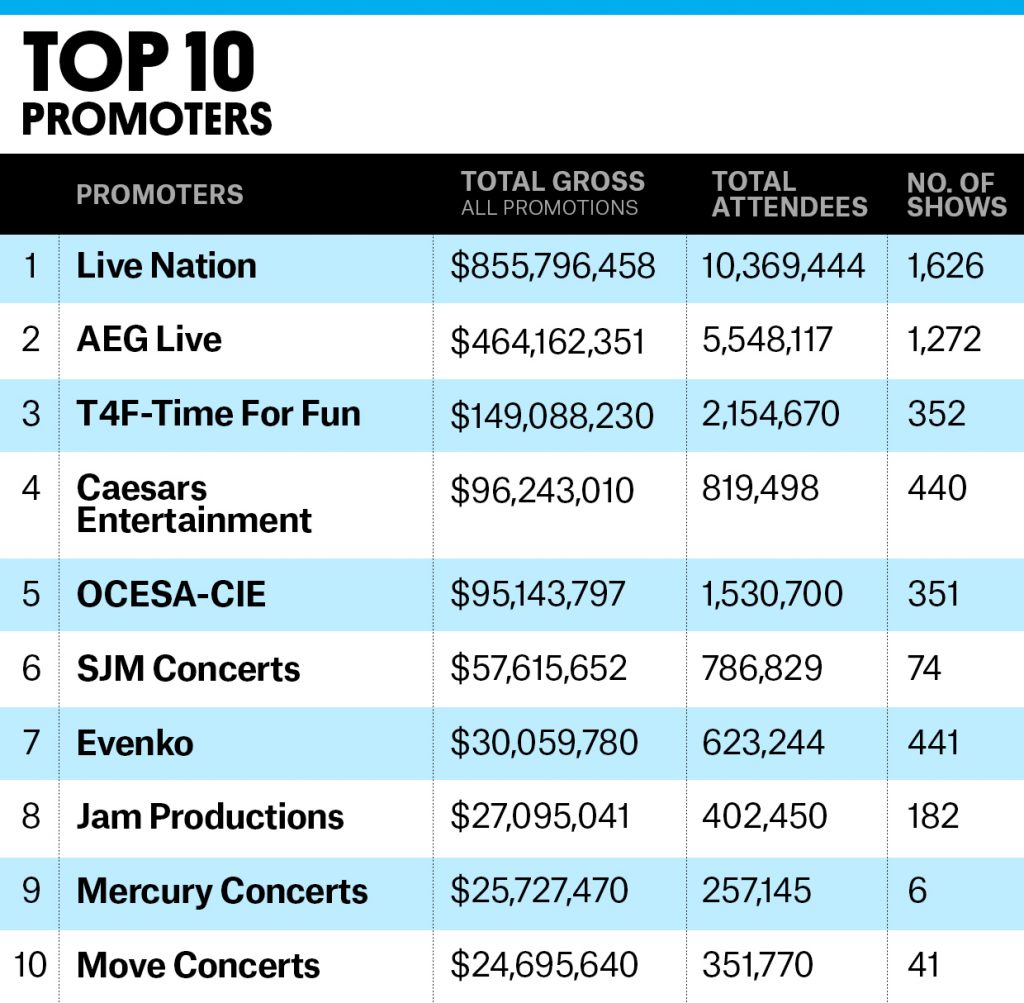 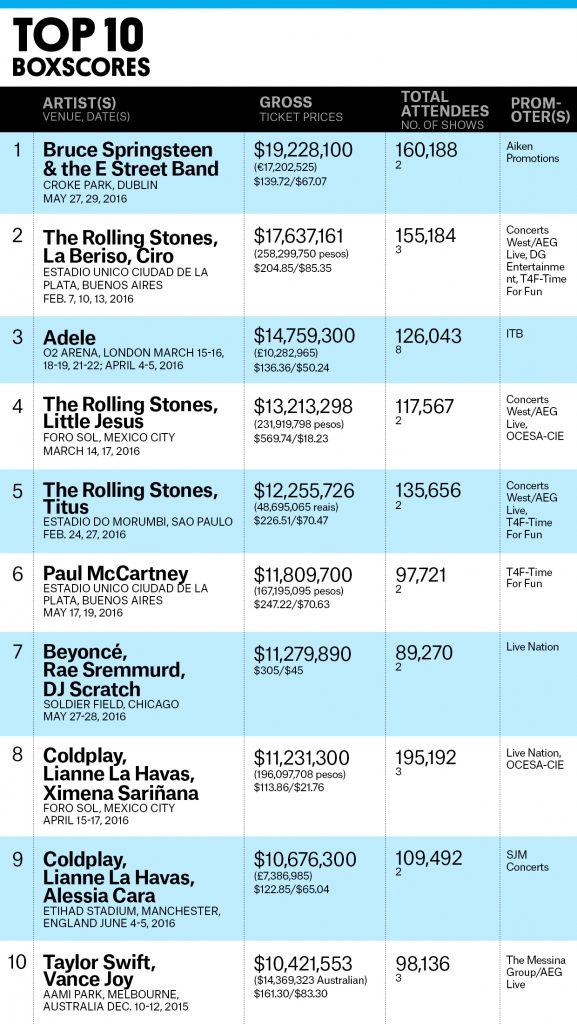