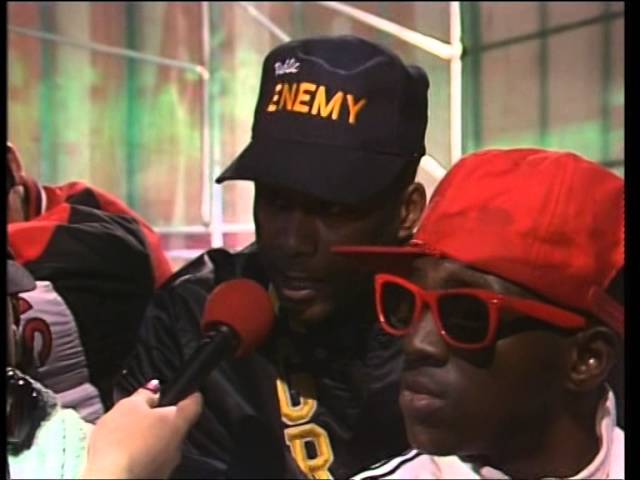 Watch this video to reaffirm to yourself just the timelessness of Public Enemy. During their It Takes a Nation of Millions to Hold Us Back tour, the brilliant Public Enemy made an appearance on a Dutch music television show called Fa. Onrust. During the show, Chuck D, Flavor Flav, Professor Griff, and DJ Terminator X tear through Night of the Living Baseheads, Rebel Without a Pause, Bring the Noise, and Don’t Believe the Hype. And if that doesn’t delight you enough, Run DMC just happened to be in Holland themselves at exactly the same time, and Joseph Simmons/DJ Run and Darryl D.M.C. Matthews joined the group on stage to blast through 1988 track, How’d Ya Do It Dee? from Tougher Than Leather.