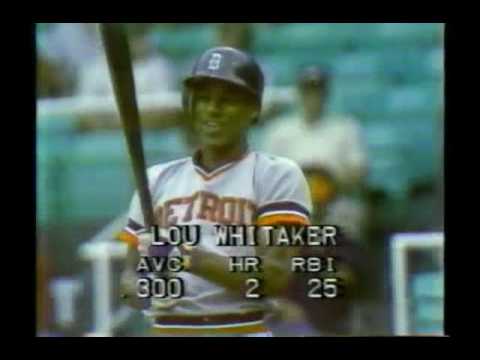 Disco Demolition Night was an ill-fated baseball promotion that took place on July 12, 1979, at Comiskey Park in Chicago, Illinois. At the climax of the event, a crate filled with disco records was blown up on the field between games of the twi-night doubleheader between the Chicago White Sox and the Detroit Tigers. Many of those in attendance had come to see the explosion rather than the games and rushed onto the field after the detonation. The playing field was damaged both by the explosion and by the rowdy fans to the point where the White Sox were required to forfeit the second game of the doubleheader to the Tigers.

In the late 1970s, dance-oriented disco music was very popular in the United States, particularly after being featured in hit films such as Saturday Night Fever. Despite its popularity, disco sparked a backlash from rock music fans. This opposition was prominent enough that the White Sox, seeking to fill seats at Comiskey Park during a lackluster season, engaged Chicago shock jock and anti-disco campaigner Steve Dahl for the promotion at the July 12 doubleheader. Dahl’s sponsoring radio station was 97.9 WLUP-FM, so attendees would pay 98 cents and bring a disco record; between games, Dahl would destroy the collected vinyl in an explosion.

White Sox officials had hoped for a crowd of 20,000, about 5,000 more than usual. Instead, at least 50,000 people—including tens of thousands of Dahl’s adherents—packed the stadium, and thousands more continued to sneak in even after gates were closed. Many of the records were not collected by staff and were thrown like flying discs from the stands. After Dahl blew up the collected records, thousands of fans stormed the field and remained there until dispersed by riot police. The second game was initially postponed, but was forfeited to the Tigers the next day by order of American League president Lee MacPhail. Disco Demolition Night preceded, and may have helped precipitate, the decline of disco in late 1979; some scholars and disco artists have described the event as expressive of racism and homophobia while others have denied this connection. Disco Demolition Night remains well known as one of the most extreme promotions in major league history.