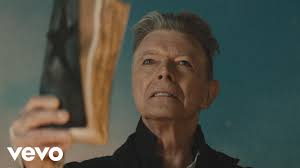 In May, months after David Bowie released his final album ★ (Blackstar) and died unexpectedly, fans discovered a charming surprise: If you expose the record’s gatefold sleeve to light, it reveals an image of a galaxy. In an interview with BBC Radio 6 today, the record’s graphic designer, Jonathan Barnbrook, says that’s not all the records are hiding.

“There’s actually a few other things as well,” Barnbrook told host Mary Ann Hobbs. “Actually, there’s one big thing which people haven’t discovered yet on the album. Let’s just say, if people find it, they find it, and if they don’t, they don’t. And remember what Bowie said about not explaining everything.”