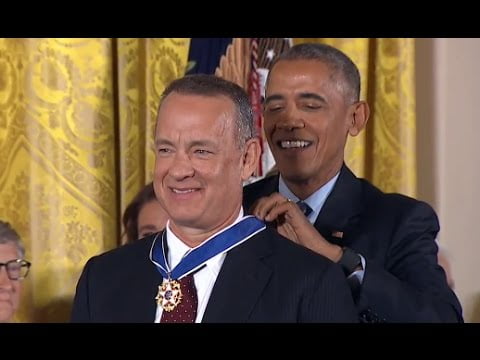 President Obama is finishing out his second term by honoring some superstars from the worlds of film, TV, sports and music. Robert DeNiro, Tom Hanks, Ellen DeGeneres, Robert Redford and Bruce Springsteen are among the big names who’ll receive the Presidential Medal of Freedom, the nation’s highest civilian honor, on Nov. 22 at the White House. Cicely Tyson, Diana Ross, Kareem Abdul-Jabbar and Michael Jordan are also among the 21 medal recipients, as are Bill and Melinda Gates, sports broadcaster Vin Scully, and “Saturday Night Live” creator and producer Lorne Michaels.

The Presidential Medal of Freedom is awarded to people who have “made especially meritorious contributions to the security or national interests of the United States, to world peace, or to cultural or other significant public or private endeavors.”