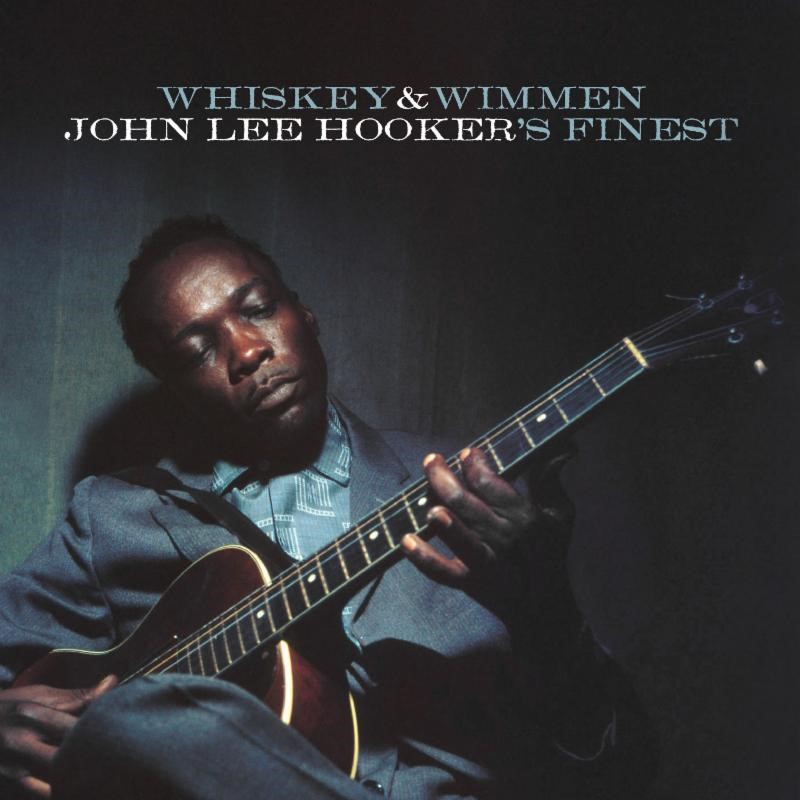 The son of a sharecropper, blues legend John Lee Hooker was one of the very first artists to break out of that genre and become a world-wide force. He based his sound on a driving boogie beat and lyrics that sometimes seemed to come from another world. To begin the centennial celebration of Hooker’s birth year, Vee-Jay Records, a division of Concord Bicycle Music, will release WHISKEY AND WIMMEN: JOHN LEE HOOKER’S FINEST on March 31. The multi-label compilation features songs from Hooker’s Vee-Jay, Specialty, Riverside and Stax Records releases, and includes many of the bluesman’s most iconic songs.

Born near Clarksdale, Mississippi in 1917, the man who would become known as the “King of the Boogie” was destined for blues royalty. Hooker’s 1948 single, “Boogie Chillun,” sold a million copies and set Hooker on his unstoppable path. Countless recordings followed, and a winding road through different labels and audiences. He was a huge influence on the burgeoning British Invasion in the early ’60s, and welcomed with open arms by the rock audience around the world. Hooker is a member of the Rock & Roll Hall of Fame, Blues Hall of Fame, Memphis Music Hall of Fame, has a star on the Hollywood Walk of Fame and won four Grammy’s. He performed with or had his music covered by music’s elite, including Eric Clapton, the Rolling Stones, Van Morrison, Bonnie Raitt, Carlos Santana and many more.

WHISKEY AND WIMMEN: JOHN LEE HOOKER’S FINEST is the perfect collection to honor the man. It includes many of Hooker’s most exciting and time-honored recordings, showing how an artist who started with literally nothing but his inspiration and talent was able to make such a lasting impact on music. His work for the Vee-Jay, Specialty and Riverside labels were many of the recordings his unshakeable legend is built on, and provide a sonic tour of what Hooker’s blues accomplished. Music journalist Bill Dahl contributes insightful new liner notes.

In the proud history of American music there have been a handful of blues artists who really did shape what the music became. They took the primal forces of Mississippi country blues and twisted and turned it into their very own creation. To hear how John Lee Hooker did that over the course of these 16 songs is a blood-rushing history lesson of all that he created. And to have them all on a single disc is as convincing a collection as has ever been assembled that, indeed, John Lee Hooker will remain the “King of the Boogie” forever.

“When so much music of great importance exists, it’s thrilling to continually find ways to share that history with collections like this,” says Concord Bicycle Music’s Chief Catalog Officer Sig Sigworth. “It literally sounds like America at its most exciting, and honors someone who changed the way we hear and feel forever.”