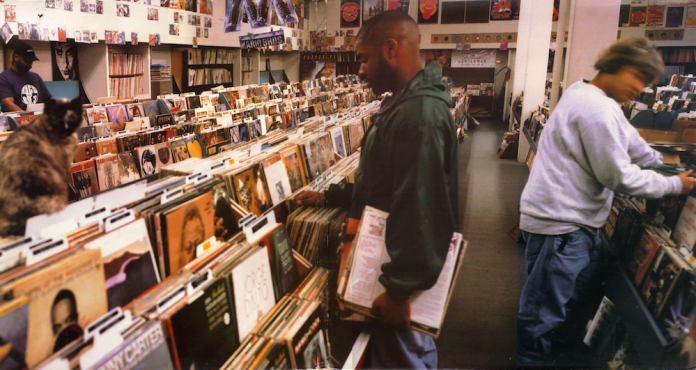 Talking about new music, what kind of evolution have you seen in hip-hop during the past 20 years?
DJ Shadow: As far as hip-hop, of course, it’s the age-old debate about hip-hop as a culture being born in one or two very specific neighborhoods in New York City in the early-to-mid-Seventies. I mean, you’re talking very specific intersections at parks and schools in the Bronx. Then later it expanded to Queens, Brooklyn, Long Island, etc. To me, that New York doesn’t exist anymore. That time and place is gone. The music remains, but when I hear contemporary rap music, which I still love and support and listen to, I disassociate it from hip-hop because the cultural context is no longer inherent in the music. The music has taken on a life of its own outside of the cultural connotation. I enjoy contemporary rap, but it has very little in common with Grandmaster Flash and Afrika Islam and the roots of the music itself. It’s just something else entirely, which is as it should be.

That’s one of the reasons why when people ask what hip-hop I’ve heard in the last few years that I like a lot, I always have to say that if they’re talking about hip-hop in the traditional cultural context, I haven’t heard much, because usually anything recent that proclaims itself to be hip-hop means that it’s kind of longing for a time that doesn’t exist anymore, and as a result, artistically, it’s not very compelling to me, whereas rap is still an enduring art form in its own right. I mean hip-hop and the lessons I’ve learned as far as the original five elements, that’s permanently ingrained in my core, and in the way I view the world, and in the way I view music, and in the way I view everything.

But I also think there’s something inherently creatively bankrupt about making any kind of music that seeks to return to an era that doesn’t exist anymore. You can celebrate the past, learn from the past, you can long for the past, but then at a certain point you have to merge those sensibilities and those lessons and those ideologies with what’s happening right here and now. That’s what all of my heroes did back then. I decided long ago for myself that that’s how it would be done. You should understand the past and apply it to the present while looking towards the future.