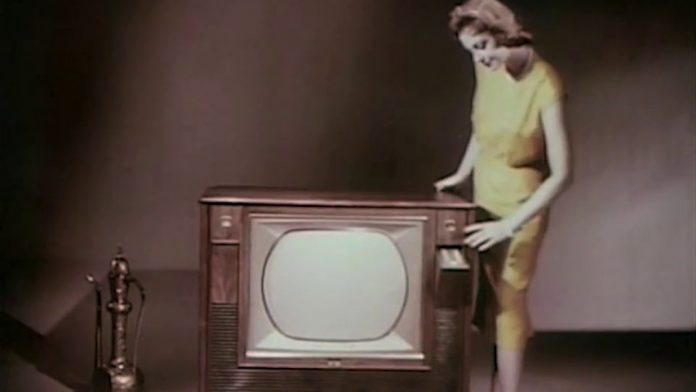 “The greatest advance in television since color television itself! Yes, here is the ultimate in television, a supreme achievement in television engineering — a color set that puts RCA Victor years ahead in dependable performance, armchair convenience, luxurious styling — a set where the pride of ownership is truly second only to the pleasure.”