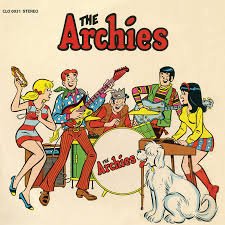 My teacher also chilled out my negative attitude toward top 40 music. One day I was really grumpy. He said, ‘What’s wrong, young bood?’ and I said, ‘I got to do this boogaloo gig tonight and we’re playing all these bullsh– songs…all the top 40.’ He looked at me and goes, ‘Whoa, Nile, what makes you believe these are bullsh– songs?… What makes you believe you’re the ultimate consumer? Any song that sells and gets to the top 40, gets into the top 10, gets into the top 20, any song is a great composition.’ I said ‘[“Sugar Sugar”] is a great composition?’ He said, ‘Absolutely, especially “Sugar Sugar,” because it speaks to the souls of a million strangers.’ He really berated me; he was trying to teach me how to not be a snob. I was like, ‘Wow…’ and two weeks later I wrote a song called ‘Everybody Dance,’ ‘cause that was so profound on me. I wanted to learn to speak to the souls of a million strangers. That woke me up to the power of what we call pop music.”