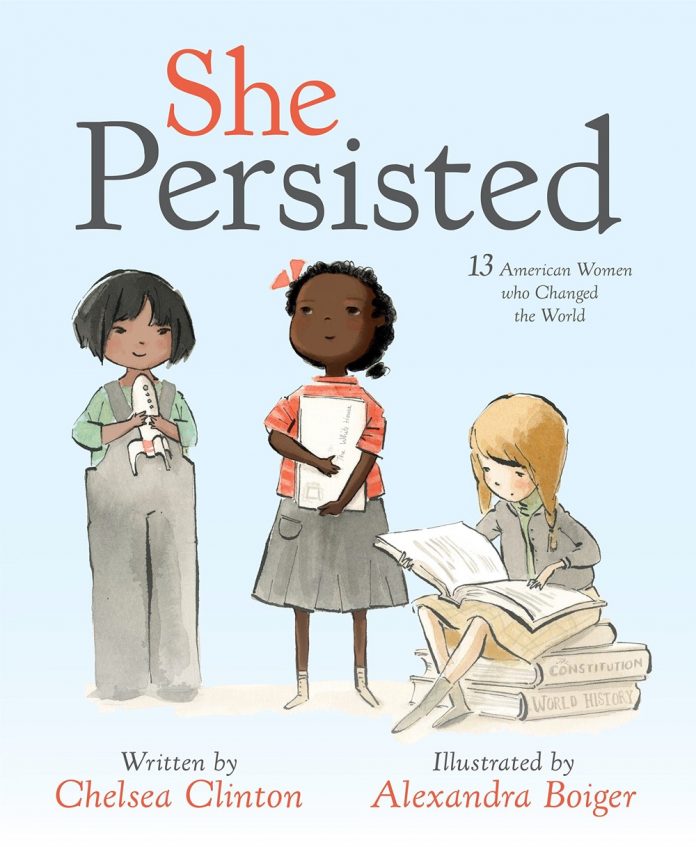 Chelsea Clinton and illustrator Alexandra Boiger are coming out with a children’s book on May 30 called She Persisted that highlights 13 American women who changed the world.

Chelsea Clinton introduces tiny feminists, mini activists and little kids who are ready to take on the world to thirteen inspirational women who never took no for an answer, and who always, inevitably and without fail, persisted.

Throughout American history, there have always been women who have spoken out for what’s right, even when they have to fight to be heard. In early 2017, Senator Elizabeth Warren’s refusal to be silenced in the Senate inspired a spontaneous celebration of women who persevered in the face of adversity. In this book, Chelsea Clinton celebrates thirteen American women who helped shape our country through their tenacity, sometimes through speaking out, sometimes by staying seated, sometimes by captivating an audience. They all certainly persisted.

With vivid, compelling art by Alexandra Boiger, this book shows readers that no matter what obstacles may be in their paths, they shouldn’t give up on their dreams. Persistence is power.

Here are the women featured: