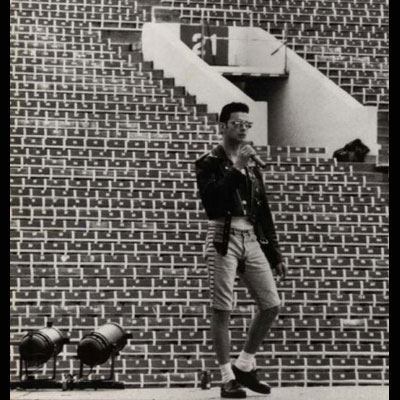 Hot off the heels of its breakthrough album, “Music for the Masses,” British synth pop group Depeche Mode embark on the last leg of its 1989 North American tour. Acclaimed documentary filmmaker D.A. Pennebaker is on hand to document the trek from New York to California, focusing his lens on the band, its fans, but the minutiae of tour life. The documentary culminates with Depeche Mode’s final performance of the tour at the Pasadena Rose Bowl, 18 June 1988.

The Eat|See|Hear film festival have come up with a great idea – they’re screening Depeche Mode: 101 inside the iconic Rose Bowl Stadium where it was filmed on 18 June 1988. The concert was a cultural watershed moment for music and the “alternative” scene as Depeche Mode packed an unprecedented 65,000 people into the Rose Bowl.

Is there a better way to get psyched for the Depeche Mode “Spirit” tour? I don’t think so! Tickets here.