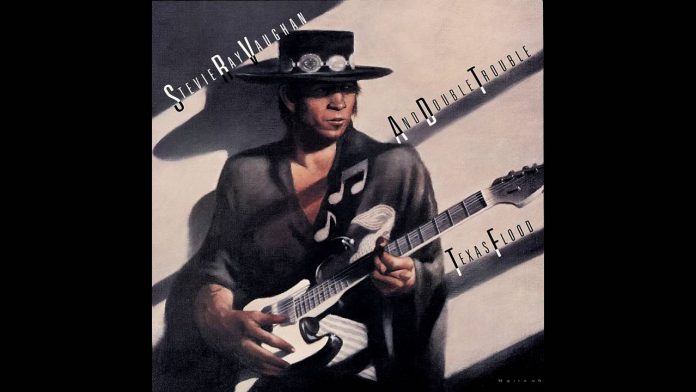 From Stevie Ray Vaughan and Double Trouble’s 1983 album Texas Flood, Pride and Joy, it was also released as Vaughan’s first single and has become one of his best-known songs. Called “a classic Texas shuffle”, it has a twelve-bar blues arrangement, notated in the key of E (although with Vaughan’s guitar tuned one-half step lower, resulting in the pitch of E♭) in 4/4 time with a moderately fast tempo. The main guitar figure features a bassline along with muted chord chops to produce a percussive-like effect. Vaughan also “extracts extra sound from the guitar by choosing finger shapes that allow the maximum number of strings to ring at a time (often the top E-string [E♭]).