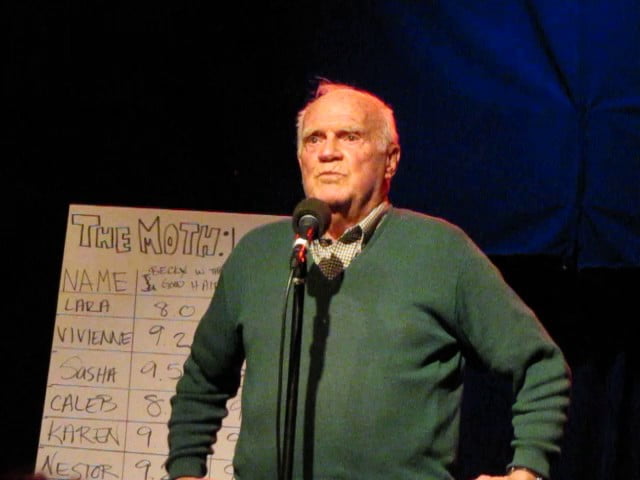 Tom Sitter won The Moth in Madison StorySLAM at the High Noon Saloon February 13, 2017. Tom scored our first ever 10 with his winning story that year. The memory of the girls he carefully selected to give his five valentines to in 1933 was strong enough that 84 years later he still knew their names.

The Moth StorySLAMs are open-mic storytelling competitions. Storyteller hopefuls put their names in a hat. During the evening ten names are picked, and one by one, storytellers take the stage. The ten featured stories are scored by teams of judges selected from the audience. Each StorySLAM generates a StorySLAM winner. After ten SLAMs, the winners face off in their GrandSLAM Championships.