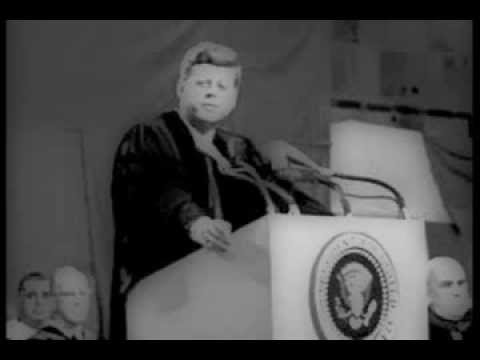 President John F. Kennedy’s speech at Amherst College in Massachusetts on October 26, 2963, in honour of the late poet Robert Frost. In this speech, President Kennedy made clear the need for a nation to represent itself not only through its strength but also through its art and as he said, “full recognition of the place of the artist.”