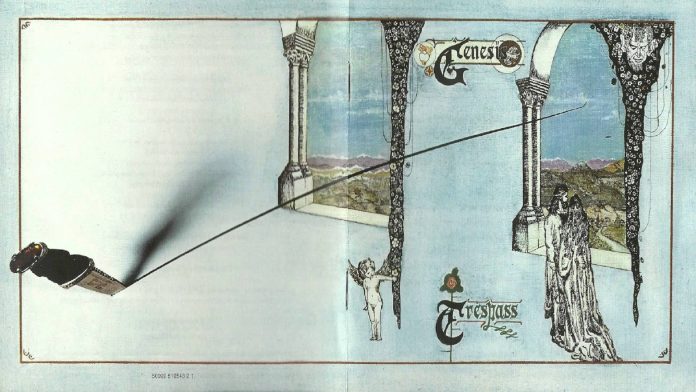 Trespass is the second studio album from Genesis, released in October 1970 on Charisma Records and is their last album with guitarist Anthony Phillips prior to his departure, and their only one recorded with drummer John Mayhew in the band’s line-up. After several months of touring small venues, Genesis secured a recording contract with Charisma Records and entered Trident Studios in London in July, 1970 to record Trespass. Its music marked a departure from more pop-oriented songs as displayed on their first album From Genesis to Revelation, towards folk-flavoured progressive rock.

Trespass was not a success upon release; it failed to chart in the UK and the US and it received some mixed reviews from critics. Following the band’s growth in popularity in the 1980s, it reached its peak of number 98 for one week in 1984. Elsewhere, it went to number one in Belgium, which led to the band’s first overseas concerts there in March 1971. “The Knife” was released as a single in May 1971.