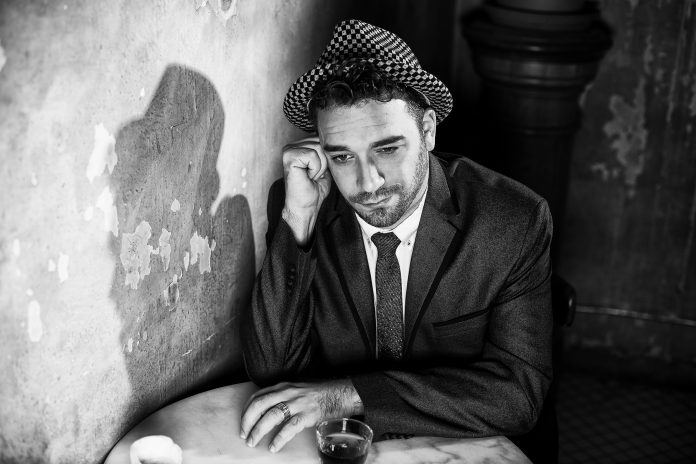 Toronto jazz singer songwriter Ori Dagan is working on an ambitious project: his third- full-length recording, Nathaniel: A Tribute to Nat King Cole will be released as the first visual album in the jazz genre, a collection of music videos he is currently raising funds for by way of a PledgeMusic campaign. In collaboration with 6 Canadian independent film directors, Dagan’s team is producing 12 music videos over the next 6 months with the first video for lead single “Pretend” to be released in late summer.

The project follows up on Dagan’s music video success with “Clap On The 2 And The 4”, an original and humorous “jazz anthem for the rhythmically challenged.” The 2016 clip has earned over 85,000 online views, was screened at 15 film festivals worldwide and garnered 7 international awards including “Best Educational Jazz Short” at the inaugural New York Jazz Film Festival.

“These days you could be a Charlie Parker but if you don’t have a video for your single, nobody’s going to share your track,” says Dagan. “At first I was pretty surprised by the success of “Clap On The 2 And The 4” considering we made the video on a budget of $1000, Canadian! But then when you think about it, social media in particular has changed the way people consume just about everything, music included. Most success stories you read about today in the music business have to do with a video going viral, making a platform like YouTube key to having your music discovered by new fans.”

Dagan is looking to his fans – and those of Nat King Cole – to support this project by pre-ordering the album on PledgeMusic. In addition to fresh takes on Cole classics, he presents 5 original songs on this album, inspired by the master musician’s life, music and legacy, from the bright nod to his style “Keep it Simple” to the haunting “Complexion,” which was inspired by Dagan’s learning of the April 10, 1956 onstage attack on Cole by white supremacists in Birmingham, Alabama.

So, why Nat King Cole and why now?

Dagan explains, “As we gear up for Nat’s centennial in 2019, I think a lot of listeners take for granted just how much of a genius he was, maybe because he made everything sound so easy. Pianistically he made dazzling solos seem almost casual. In researching for this project, I was completely surprised by his forays into foreign languages like Spanish, Japanese, French, Italian and the way he effortlessly and honestly delivered any song.”