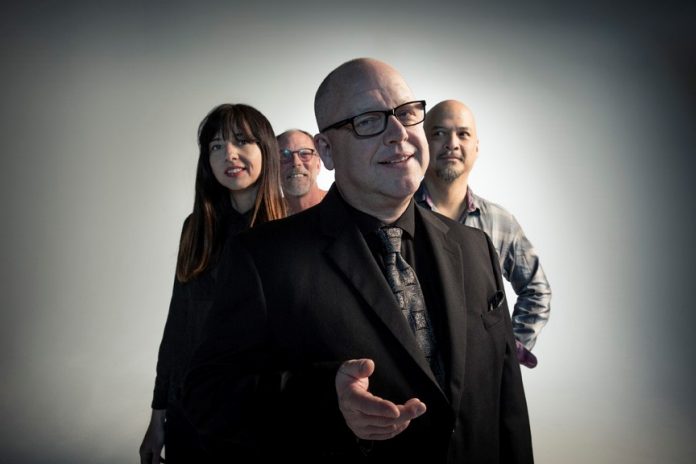 With Leg One of Pixies’ 2017 North American tour sold out, and the five-week Leg Two set to kick off on September 19, Pixies – Joey Santiago/guitar, Black Francis/guitar & vocals, David Lovering/ drums, and bassist Paz Lenchantin – announce the addition of a third and final American tour leg in support of the band’s second post-reunion release, Head Carrier (pixiesmusic/Play It Again Sam). Leg three launches on November 30 with two shows in Portland, OR and will see the band making stops along the North American west coast. The Orwells will provide support for the first part of the tour with Whitney joining the band for the second part. More dates are expected, but those confirmed are listed below.

In Pixies’ ongoing effort to thwart ticket scalping and put as many show tickets as possible into the hands of Pixies fans, there will be no pre-sales for this third leg. Tickets go on sale this Friday, May 19 at 10AM PT – log in here for all purchasing info.

As with Legs One and Two, the Leg Three shows will feature a brand new stage set designed by the band’s longtime production manager Simon Foster and lighting designer Myles Mangino. The design is simple and sleek and fashioned around special pods that are positioned behind the band, housing all of the lighting. Fans can expect a set list comprised of the classics and catalogue rarities as well as newer songs from Indie Cindy and the band’s latest release, Head Carrier. As is the Pixies’ norm, there will be no firm setlist for any of the shows. The band has rehearsed and is prepared to play nearly 90 songs from all points of their career, and what is played on any given night is determined mere seconds in advance. Either via hand signals or a live onstage mic that feeds only to the band members and lighting director Mangino, Black Francis calls out what the next song will be. On the nightly customization of the sets, Black Francis recently told Live Nation’s Setlist.fm, “The best is when you can sense what the next song should be based on the atmosphere in the room. That’s really, ultimately what we’re going for, to read the room and to be able to make the right choice.” Added drummer Lovering, “Not having a set list also it makes it exciting for us, an adventure.”

Pixies launched the European leg of this 2016-17-18 global run last November, playing sold-out shows throughout the UK and wrapping up in Birmingham on December 8. Following the North American leg one that wraps up next week with four sold-out dates in New York, Pixies will head to Europe to play a series of major summer festivals.

Confirmed Pixies dates are as follows: