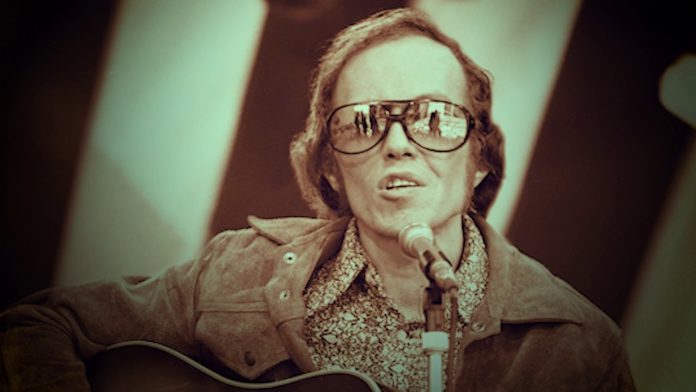 There are skillful tributes and heartfelt homages. And then there’s If It’s Alright With You: The Songs of Gene MacLellan, a legacy project like no other which finds acclaimed folk singer/songwriter Catherine MacLellan covering songs by her late father, the legendary Gene MacLellan, with a magnificence only blood ties can summon. It arrives June 30 via True North Records.

For two decades, Gene MacLellan quietly commanded the ears of the world from his Prince Edward Island home as artists including Anne Murray, Elvis Presley, Loretta Lynn, Chet Atkins, Joan Baez and Ocean turned MacLellan compositions like ‘Snowbird,’ ‘Put Your Hand in the Hand’ and ‘The Call’ into worldwide chart-toppers and repertoire standards.

Catherine MacLellan has long explored her father’s catalogue in tangential ways while establishing herself as a peerless musician all her own – see a Roots & Traditional Solo Album of the Year Juno Award for 2015’s brilliant The Raven’s Sun plus a boatload of East Coast Music Awards, Canadian Folk Music Awards, and Music PEI Awards.

But fully embracing the musical heirloom that is her birth right wasn’t an imperative – until now. Enter the alternately melancholic and jubilant but unfailingly captivating If It’s Alright With You: The Songs of Gene MacLellan, destined to bring these homespun chestnuts to a whole new audience.

“The Juno made me feel as though people know me and appreciated my music. Now I want to share my dad’s music. It’s also an opportunity for me to get to know him better. The more I get to know his songs, the closer I feel to him.”

The discovery has been bittersweet; MacLellan lost her father in 1995 while still in her mid-teens. Yet her readings of his inimitable songs have unearthed rare joy. Witness ‘The Call,’ with MacLellan’s voice shadowing that of fast-rising PEI songwriter John Connolly, who palpably conjures the song’s down-on-his-luck protagonist.

‘Put Your Hand in the Hand’ – a gospel/pop smash charted by 70s rockers Ocean and still performed in every corner of the globe today – is stripped back to its barest essentials. “Dave Gunning, JP Cormier and myself played it as an encore on tour and it was so fun, just two guitars and three voices. We recorded our version in three hours one afternoon in Calgary and I think it’s perfect.”

And then there’s the matchless ‘Snowbird,’ Anne Murray’s signature song and an indisputable classic for the ages. Says MacLellan, “I got out the Wurlitzer and played it as simply as possible. It’s very honest. I was also able to record an extra verse only my dad ever recorded.” The resulting track is at once gentle and effervescent. Also included on the album: ‘Bidin’ My Time,’ ‘Shilo Song’ and ‘Thorn In My Shoe.’

And what would Gene MacLellan make of Catherine’s bespoke journey through his songbook? “He would be happy to know his songs continue on, being remembered and given a new spark,” she says. “It’s a testament to what a young guy from very humble beginnings can do.”