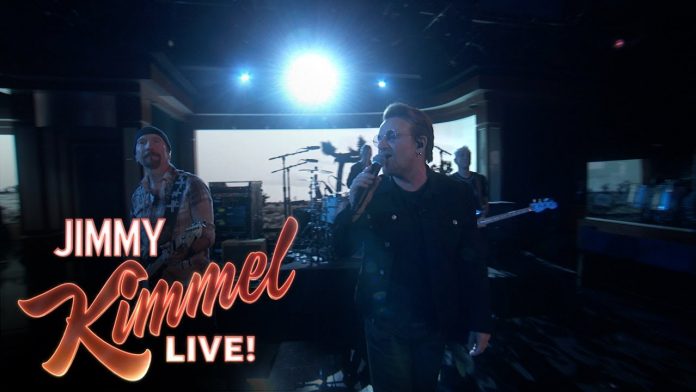 U2 talks about the inspiration behind The Joshua Tree album and to express their support for the victims of the May 22 Manchester bombings.

U2 frontman Bono addressed the attack during the show’s interview segment, forcefully arguing that such baseless hatred needs to be fought with love, and Manchester won’t be darkened by the evil people behind the bombings.

“They hate music, they hate women, they even hate little girls. They hate everything that we love, and the worst of humanity was on display in Manchester last night,” Bono told Kimmel. “But so was the best… Manchester has an undefeatable spirit, I can assure you.”