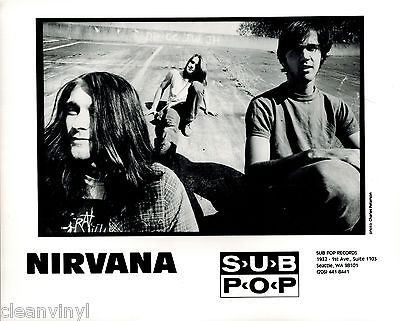 Once Sub Pop signed Soundgarden, Nirvana and Mudhoney, it launched the grunge movement and sealed its reputation as one of the most important labels in the modern music history.

Bruce Pavitt and Jonathan Poneman started Sub Pop Records LLC in 1988 as a response to the glam-metal scene. [Pavitt had earlier versions of Sub Pop in the 1980s, but the label as it is known today incorporated in 1988.]

SoundExchange: Your label is known for launching the grunge movement, and Nirvana played a major role in that movement. Did you sense that something big was going to happen when you signed them?

Jonathan Poneman: I sensed that something big was going to happen, but the idea of what “big” was at that time was considerably different than it is now.

We were happy to sell 5,000 or 10,000 copies of our early titles. That was considered a hit. When Nirvana went on to sell 30,000 copies of Bleach, that was considered an event. When we saw them we had the feeling they would be incredibly popular. Actually, Bruce wasn’t so sure. Some people weren’t as confident as me. Believe me, I’ve had plenty of miscalculations over the years, but in their case I thought it was inevitable that they would be popular, at least in our realm.

Over the time that Nirvana went from a band capable of drawing enthusiastic crowds in small clubs to the mythological Nirvana, the whole grunge phenomenon set the stage in many ways for the marketing strategies that led to the way music is marketed now. It was the hyper-categorization of rock.

What’s fascinating to me looking back, more than the ascendency of Nirvana, is the beginning of these sub-categorizations of music because you’re not plugging into mono-culture. It’s something a little more customized, and isn’t that the real beauty of music streaming? It’s creating music that is defined by your own characteristics and preferences. You’re creating your own destiny as opposed to what’s being determined by major labels.