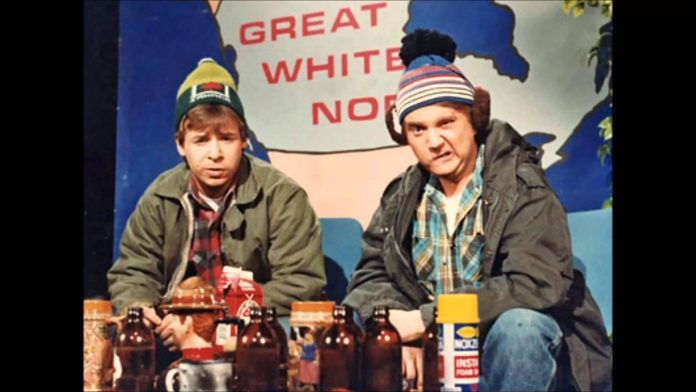 Dave Thomas and The Second City are proud to present TAKE OFF, EH!, a star-studded intimate evening featuring performances from some of Canada’s biggest names in comedy and music on Tuesday, July 18, 2017 on The Second City Toronto’s Mainstage, with proceeds going to ‘Jake Thomas’s Road to Recovery’ and Spinal Cord Injury Ontario.

On January 7, 2017, Jake Thomas, nephew of SCTV’s Dave Thomas, sustained a complete spinal cord injury while snowmobiling, which has left this active community member from Muskoka Region paralyzed from the waist down. Funds raised at TAKE OFF, EH! will go directly to Jake Thomas and his family, as well as to Spinal Cord Injury Ontario, providing life-long support to people with spinal cord injuries as they face significant challenges they could have never prepared for — and should not endure alone.

The Second City, a 100% Canadian-owned company, is the world’s premier improv and sketch comedy theatre company, with resident stages in Toronto and Chicago, Training Centres in Toronto, Chicago and Los Angeles, as well as touring companies performing throughout the world.