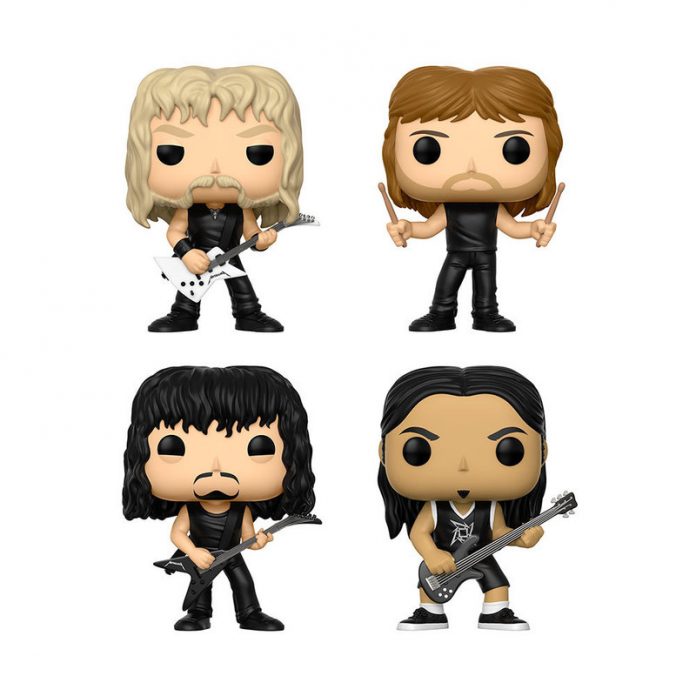 The members of Metallica likely see sold out shows, record-breaking sales of albums, and massive response on their videos as a sign of success. They might be changing their minds tonight, as they have just announced they’re going to be immortalized in the Funko Pop! family of figures.

According to a product listing at the band’s website, the set of four includes Funko versions of guitarist Kirk Hammett, frontman James Hetfield, bassist Robert Trujillo and drummer Lars Ulrich, all cast in 3.75″ plastic and available as a set for $43.96. There’s no street date listed, the listing promises the figures will be “coming in August.”