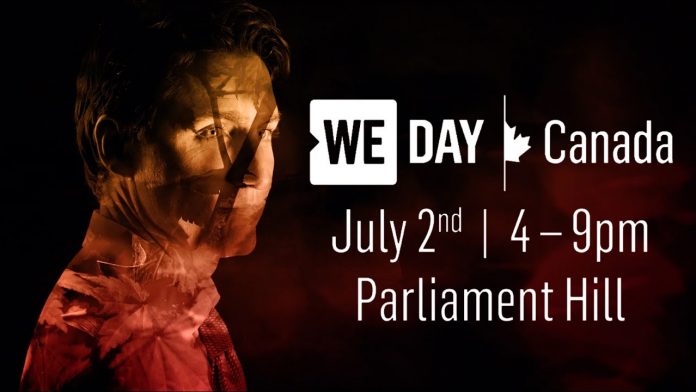 Also announced today, a special guest will make a surprise appearance on the evening of July 2. This extraordinary Canadian musical and cultural icon will take to the WE Day stage for an emotional and unforgettable moment. Follow WE’s social channels for ongoing updates.

Taking place July 2, 2017 from 4 p.m. to 9 p.m. EDT on Parliament Hill, WE Day Canada — the first-ever outdoor festival WE Day event of its kind — will inspire young people and their families across the country to unite, step up and build a stronger and more caring and compassionate future Canada over the next 150 years. Ready to build a stronger future together, exceptional Canadian youth paired with iconic national celebrities and thought leaders will take to the WE Day Canada stage of the free public event for an evening of epic performances, inspiring speeches and incredible celebration.

For more than 20 years, WE has empowered young Canadian change-makers from coast to coast. WE Day — launched in Canada in 2007 — is a powerful global series of life-changing events that bring young people together through service to celebrate the impacts they have made on their local and global communities. As a Canada 150 signature event, WE Day Canada will close out the long-weekend celebrations by setting the stage for the next 150 years.

The full list of WE Day Canada hosts, performers and speakers announced to date includes:

Canadians from across the country can take part in WE Day Canada by watching the event roll out live on WE’s Facebook page. WE Day Canada will also be taped for a special broadcast airing Saturday, July 8, 2017 at 7 p.m. EDT on CTV and Friday, July 14, 2017 at 9 p.m. EDT on MUCH.