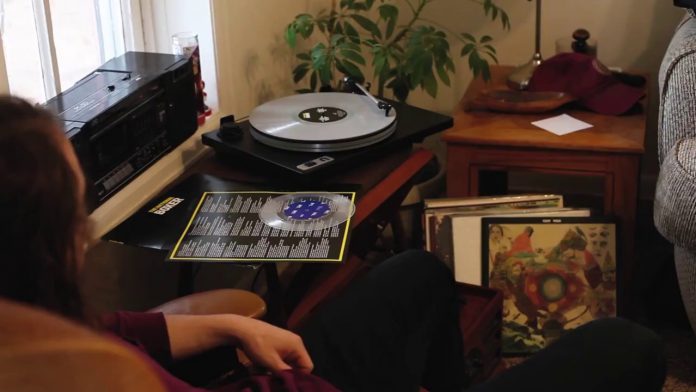 Big news for fans of The National: the band will celebrate the tenth anniversary of their acclaimed album Boxer with a vinyl reissue that will include a bonus 7″ featuring tracks from their forthcoming album Sleep Well Beast. It’s not available in stores, though: it’s exclusive to the subscription service Vinyl Me, Please. The package contains the 10th Anniversary Reissue, a Special Edition Grey Vinyl, the Bonus 7” w/ tracks from Sleep Well Beast and housed in a 12×12 Art Print by Philip Johnson. You’ll get the National release if you sign up by Aug. 15. Below are the liner notes from the release.

No art is created without effort—but much of what artists create tricks us into thinking it so. And even though the road to nearly every polished piece is paved with careful editing and pangs of self-doubt, there are certainly moments in the act of creation where giving form to thought does feel effortless. We live for the moment when we enter “flow” — the insufferable TED talk term for one of the best feelings our brains and bodies can muster: where everything but you and what you’re working on recedes into the background and the process of bringing your ideas into the world feels easy — like transcribing the voice of God itself, a metaphor everyone from Rainer Maria Rilke to Kanye West has ascribed to their creative process.

Anyway, none of the National’s music sounds like it came easy.

Matt Berninger’s melted Brie voice, the mechanically precise rhythm section, the creepy twin magic of the Brothers Dessner: the National are a Harlem Globetrotters of a band, yet in each song, you can hear a frustrated and relentless push toward perfection, the multiple takes spent chasing down the platonic ideal of a phrase or arrangement, blinking cursors and anxious rewrites. They seem both terrified of—and grateful for—their ability to create, what they’ve created, and the success their creation has earned them. They seem like they spend too much time in their own heads, but let you know it in a way that feels generous, not self-centered and alienating. They are immediately, heartbreakingly recognizable and relatable: the products of a generation terrified of not living up to their own expectations or the expectations of others, with only the vaguest idea of what those expectations might be. Stars! They’re just like us!

Alligator might be my favorite National album, but Boxer is their best album. It is their most fully articulated expression of what it’s like to experience the world in this way: the feeling that you haunt your own life, the drive to participate in a system you know will fail you, working too hard only to be rewarded with an existential crisis of byzantine complexity. Living is an incredible gift that exacts its price. Every angel is terrifying.