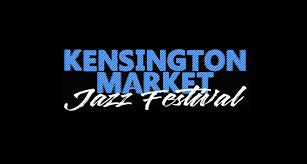 The new kid on the block on Toronto’s jazz festival circuit, Kensington Market Jazz Festival debuted in style in 2016 when over 200 musicians performed over 3 days to packed houses, enthusiastic crowds and a buzzing neighbourhood. The second annual KMJF is looking to build on that joy and those numbers, with the addition of a big band stage and a new series of curated busking within popular Kensington Market businesses.

The Kensington Market Jazz Festival is a not for profit organization lead by Molly Johnson, committed to presenting live music in the heart of Toronto’s heritage market neighbourhoood throughout the year and with a 3-day festival September 15, 16 and 17th, 2017.

Returning to Handlebar (159 Augusta Avenue) this year is the “Boys and Girls” fundraiser for the Boys and Girls Clubs of Canada, this year featuring cream of the crop Canadian vocalists from all musical backgrounds, from Canadian R&B veterans Sharon Lee and Shawne Jackson to Soulpepper Theatre artists Neema Bickersteth and Daniel Williston fresh from the company’s Canada 150 celebrations in New York City. Also joining from Soulpepper’s theatre troupe are powerhouses Jackie Richardson and Alana Bridgewater.

“Canada has world class talent and the spirit of this festival is artist-driven,” says KMJF creator, artist, philanthropist and officer of the Order of Canada, Molly Johnson. “The festival is fueled by volunteers and support from Yamaha Canada. There are no advance tickets. Shows are Cash only with money going directly to the artists. This makes Kensington Market Jazz Festival unique around the world.”