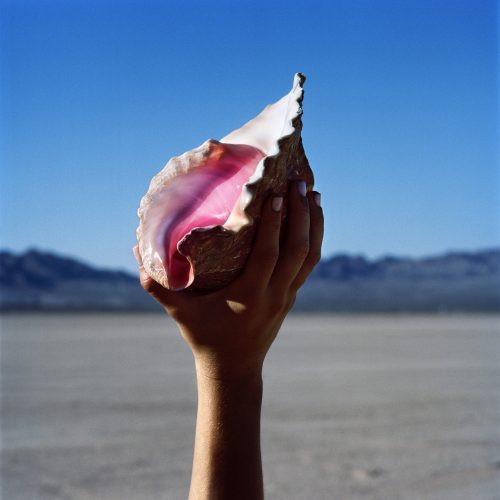 Today, The Killers have revealed details for their highly anticipated new album, Wonderful Wonderful, and have released its second single, “Run For Cover”. The band’s fifth studio album and first in five years will be released on September 22nd. Produced by Jacknife Lee, it was recorded at the band’s own Battle Born recording studio in Las Vegas and at Jacknife’s Los Angeles studio. The album art, shot by Anton Corbijn, was also unveiled today.

Following the release of the blistering first single, “The Man”, The Killers played a surprise unannounced set at the Glastonbury Festival in June, sold out their British Summer Time show in London’s Hyde Park in record time, and conquered the European festival circuit with a crowd-pleasing set of almost two decades’ worth of hits. Next up, the band headlines Lollapalooza in Chicago on August 4th. The Killers will be hitting the road throughout North America in early 2018, including two Canadian dates in January with shows in Toronto and Montréal, for their first full Killers tour since 2013. Tickets for all shows will go on sale at 10am local time on August 11, 2017 with pre-sales ahead of that to members of the band’s fan club, The Victims. For a limited time, each ticket purchase for the tour will include a copy of the album.

Wonderful Wonderful is the band’s most sonically forward-thinking record, bursting with all of the blazing choruses and arena-pleasing anthems that make them one of the world’s biggest and beloved rock bands.