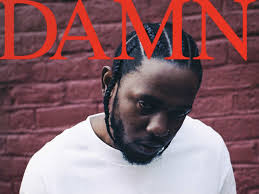 The most successful songwriter in the US for the second quarter of the year was Kendrick Lamar, according to Royalty Exchange. But nearly half of this list of the top songwriters behind the biggest hits of the quarter aren’t performing artists like Lamar. Rather, they’re the talent that form the backbone of the music business, and deserve better recognition.

The April release of Lamar’s DAMN was the biggest debut of the year, with sales and sales-equivalent streams totaling over 600,000 units in its first week. All 14 songs on the album landed on the Billboard Hot 100 in its debut week, and many continued to chart for weeks after. So with writing credits on each track, Lamar easily replaced the Q1 top songwriter—Metro Boomin—for the April – June period.

But most of the artists who make the Billboard charts week-to-week didn’t get there by themselves. The songs that make the charts often have many co-writers and producers who rarely get the same level of attention.

Just comb through the other top 20 songwriters of the quarter. What really pops out are the many supporting songwriters and producers listed.

These writers/producers are just as responsible (sometimes more) for the success of the songs on Billboard’s charts as the performers themselves. But while their names may be familiar within the music business, they’re hardly household names.

More effort is needed to highlight the contributions songwriters have on the music created today. Until lawmakers and fans are more aware of the names behind the music they love, they don’t have much incentive to help make their lives better.

Royalty Exchange helps artists raise money by connecting them to private investors interested in buying royalty income. They allow songwriters (and others) to sell a stake in their royalty income in return for an upfront payment, but without having to give up their rights or creative control. You can read about some of the songwriters they’ve worked with here.

The chart can be found here.