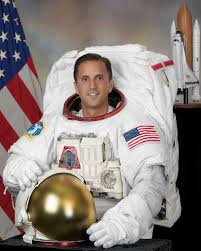 A short time from now, in a galaxy not too far away, the International Space Station will go from ISS to RSS – a Radio Space Station – as NASA astronaut Joe Acaba will host his second show on Third Rock Radio from 252 miles above Earth.

Produced by Houston-based RFC Media, which created Third Rock Radio to support NASA’s outreach to young adults in science, technology, engineering, and math, “The Joe Show” will air at 5 p.m. EST Dec. 7 and features Acaba as an out-of-this-world DJ spinning tunes and talking science for a global audience.

“The Joe Show” can be streamed live from www.thirdrockradio.net.

Third Rock Radio is produced under a NASA Space Act Agreement with RFC Media. “America’s Space Station” features updates on NASA’s newest missions and discoveries, as well as some very tasty new rock/indie/alternative.  Stream it live from the NASA mobile app, from TuneIn, or directly from www.thirdrockradio.net.

Pat Fant, co-founder of RFC Media, said, “the broadcast is designed to engage a broad, worldwide audience in NASA’s mission of exploration and discovery.”

“Joe returns to Third Rock after his 2012 debut from the ISS.  He will spin some of the best new rock out there – really out there – which provides a disarmingly contemporary context for the stories of those who fly, build, and dream through aerospace,” Fant explained. “Listeners will get a peek at some of the remarkable work being done on the ISS and learn how NASA is engaged in adding to their lives through exploration and discovery.

“At RFC Media, our goal is to help our client brands build community and deepen their relationship with audiences. Third Rock does that for NASA, and The Joe Show is another creative example of presenting the message in a fresh new context.”

Fant credited Third Rock’s success to a seamless blend of spoken word content and largely undiscovered music – something he said is a hallmark of RFC’s BrandCasting strategy.

“Third Rock is far from your basic off-the-shelf radio playlist, run by computers, offering canned content,” he continued. “It is a live-hosted presentation by nationally known on-air talent who produce fresh and relevant information surrounded by specially curated music. The whole package helps popularize the ways NASA is taking us into the future.

“This kind of audience-specific brand focus is the future of radio. It’s what we do. And it demonstrates how on-purpose streaming radio adds to brand marketing.