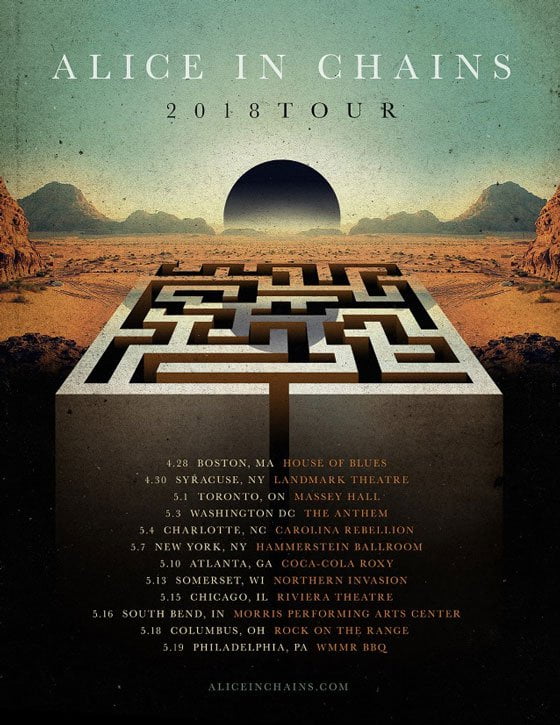 It’s been five years since Alice In Chains released The Devil Put Dinosaurs Here, and they’ve announced a North American tour. The group has been in the studio since June this year, with an eye for a new album out in 2018.