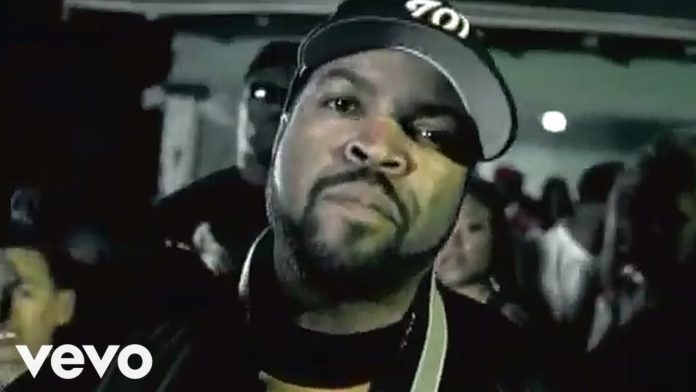 Did you see Between the World And Me? that book that Ta-Nehisi Coates wrote to his son about living in America as a black man. You’re also a father. Your son did did a great job portraying you on the big screen. Did you have a conversation with him about what to do when the cops stop you?

Yeah, and I think all parents should have that talk with their kids—no matter what color you are. I think you definitely need to teach your kids how to deal with the police and how to handle a situation like that or any situation you find yourself in where you’re coming in contact with law enforcement.
You know for me it comes natural, but I feel for those people who think they’re above something happening or they feel like they have a place in society, when the police come they’re gonna be treated better because of their skin color or financial situation, whatever. That to me is the tragedy because it’s really—you know, once you are in contact with the police you’re really in some ways at their mercy. They’re taught to win. They’re not taught to be fair, they’re not taught about all that constitutional stuff you talking, all the rights you think you know. All that is not gonna matter in dealing with the police on the street because they’re taught to win. And if they don’t win, they’re gonna use force. And that force could take your life, so you may be constitutionally right, you may be within your rights as a citizen, and still be killed, hurt, injured, or arrested by the police. So you gotta know that. You gotta know that about them. You know, their thing is to act first and apologize later, so you just gotta know how to deal with that. You gotta know what you’re up against to be able to protect yourself. And I guess my only thing I tell my kids that’s really the thing I hang on to most—and I want them to take in and heed every day—is just survive. You know what I’m saying? Just survive. Survive. Don’t get killed out here. Don’t get hurt out here. You know what I mean? Just make sure you make it to the next day. And that’s the clear-cut message. Just survive today.