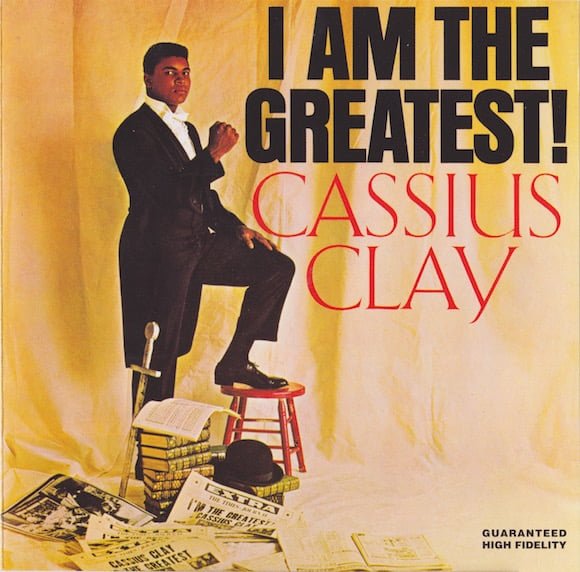 In 1963, Muhammad Ali released an album of spoken word music on Columbia Records titled I Am the Greatest, and in 1964, he recorded a cover version of the rhythm and blues song “Stand by Me”. I Am the Greatest reached number 61 on the album chart and was nominated for a Grammy Award. He later received a second Grammy nomination, for “Best Recording for Children”, with his 1976 spoken word novelty record, The Adventures of Ali and His Gang vs. Mr. Tooth Decay. Here he is singing with the greatest, too, Sam Cooke.