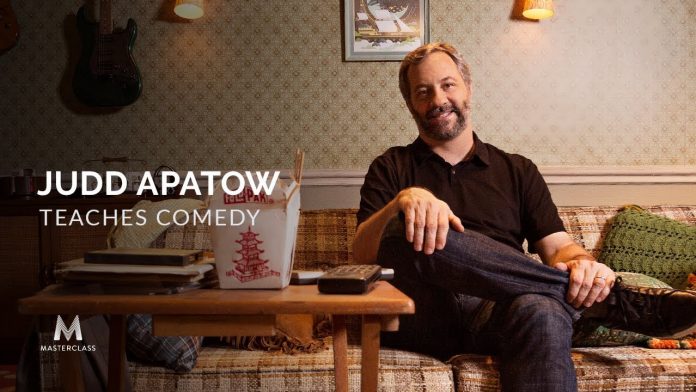 Judd Apatow is one of the most successful, influential, and respected comedic minds of our time. He has spent his entire life in pursuit of comedy—starting with his first job washing dishes at a local comedy club, just so he could be close to the action.

Since then, Apatow has built an empire of “funny” as a writer, director, producer, and stand-up act. From Bridesmaids to Knocked Up to Freaks and Geeks, his work has been nominated for numerous awards and set box office records. In addition to his signature brand of comedy, which marries gut-busting raunchiness with relatable characters and heartfelt emotion, he is known for his uncanny ability to identify up-and-coming talent. At his core, Apatow is a champion of the underdog and this is reflected in his work, as well as his activism and his philanthropy.

Judd Apatow’s MasterClass teaches you a new way to think about comedy. Through case studies, scene breakdowns, and candid stories, you’ll learn everything he knows about the art of making people laugh.