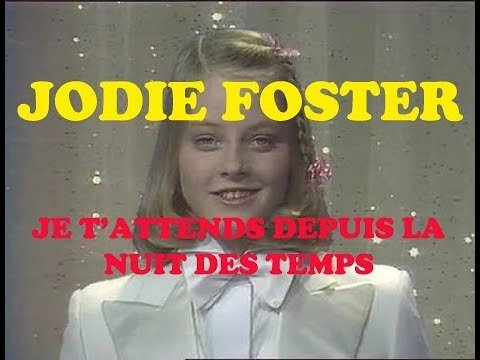 Jodie Foster began her professional career as a child model when she was three years old in 1965, and two years later she moved to acting in television series, when she debuted the sitcom Mayberry R.F.D. In the late 1960s and early 1970s, she worked in several primetime television series and starred in children’s films. Foster’s breakthrough came in Martin Scorsese’s Taxi Driver in 1976, in which she played a teenage prostitute; the role garnered her a nomination for an Academy Award.

In 1977 did what many actors and actresses have done – start a pop singing career. She released a couple of singles and made some appearances on French TV as a singer. She appeared on the soundtrack for a movie called Moi, fleur bleue (in America the title was Stop Calling Me Baby!) singing a song called “When I Looked at Your Face.” She released that track as a single and also put out another single called “Je t’attends depuis la nuit des temps.”