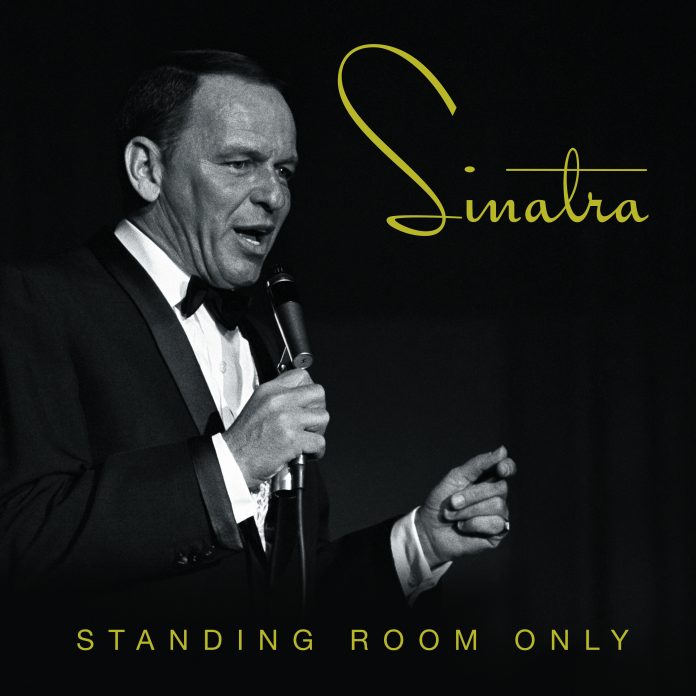 In an unparalleled entertainment career spanning seven decades, Frank Sinatra became a timeless, indelible cultural icon for the world. His live performances are legendary, imbued with an innate warmth and ease unmatched by any other performer, then or now. Announced today, is a stellar new collection titled, Standing Room Only, which presents three captivating rare and previously unreleased Sinatra concerts from the 1960s, ‘70s and ‘80s. Available now for pre-order in deluxe 3CD and digital formats, Standing Room Onlywill be released worldwide on May 4.

Sinatra’s acclaimed concerts always sold out, leaving many fans clamoring to try to score a spot to stand behind the seats or along a wall with a rare and coveted “standing room only” ticket to the big show. Being in the room for Sinatra’s performances of “Come Fly With Me”, “My Way”, “You Make Me Feel So Young”, “The Lady Is A Tramp”, “The Theme From ‘New York, New York’”, and so many more of his iconic songs was a thrilling experience for anyone who had the opportunity.