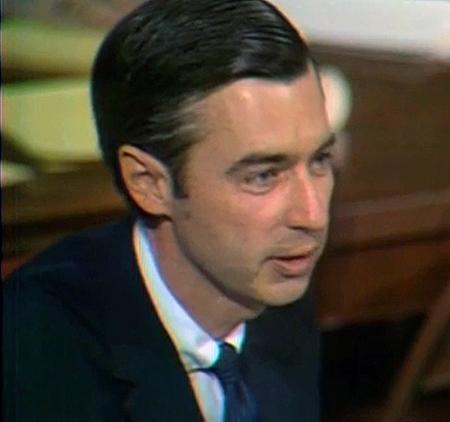 In this age of social media, cellular connectivity, WiFi and online games, it’s easy to forget how important The Tube was only a few short decades ago. But at that time it was TV that helped to form people’s worldview and open their eyes to different ideas and ways of life.

No one was more involved in television’s role in educating young children than Mr. Rogers. The gentle, soft-spoken gentleman taught children about life and helped them prepare to make their way in the world.  What many people don’t know is that Fred Rogers was largely responsible for keeping public television on the air. Generations of Americans may not be aware that their ability to access information about a wide range of subjects was made available thanks to the soft-spoken, gentle manager of Mr. Rogers’ Neighborhood.

Proposing budget cuts for public television is nothing new. For decades politicians have gone after “soft” targets to show that they’re tough and serious about reigning in the budget. By aiming for vulnerable targets which don’t get a lot of vocal support, the politicians can demonstrate that they’re “doing something” about the budget by “taking action.”

The Public Broadcasting System is one such target and as such, it’s particularly vulnerable to having its budget slashed whenever the whims of Congress deem it time to start saving. PBS’s contributions to society – the diversity in programming, the educational initiatives, the focus on strengthening identity, the focus on diversity – are lost in the shuffle in politicians’ drive to demonstrate that they are “accountable to the public.”

Such was the case in 1969 when the Nixon administration proposed that the PBS’s budget be slashed. Few people today, even those who benefit from the present day Public Broadcasting Service’s programs, are aware that Fred Rogers brought the sane even-handed, non-judgmental tone to Congress as he used to educate youngsters on his show to persuade the hardened politicians that the PBS was an important part of American society that deserved to enjoy a reasonable level of funding.

On May 1, 1969, Fred Rogers testified in front of the Senate Subcommittee on Communication. His talk centered on explaining  exactly what his job entailed and his hope was that the senators, including the chairman Senator John O. Pastore, a gruff, no-nonsense politician, would understand the importance of  providing the nation’s children with social and emotional education – the kind of programming that only public television was providing.

In his talk Rogers didn’t relate to the intricacies of the budget. Instead, he talked about the fact that his program, and others like it, were geared to help children learn to deal with their problems in a healthy manner He strove, Rogers explained, to instill a sense of confidence in the kids who watched him. He used simple words and sentences to get his point across.

“This is what I give. I give an expression of care every day to each child, to help him realize that he is unique. I end the program by saying, “You’ve made this day a special day, by just your being you. There’s no person in the whole world like you, and I like you, just the way you are.” And I feel that if we in public television can only make it clear that feelings are mentionable and manageable, we will have done a great service for mental health. I think that it’s much more dramatic that two men could be working out their feelings of anger ― much more dramatic than showing something of gunfire.”

“Could I tell you the words of one of the songs, which I feel is very important?” he asked. “This has to do with that good feeling of control which I feel that children need to know is there. And it starts out, ‘What do you do with the mad that you feel?’”

“What do you do with the mad that you feel? When you feel so mad you could bite. When the whole wide world seems oh so wrong, and nothing you do seems very right. What do you do? Do you punch a bag? Do you pound some clay or some dough? Do you round up friends for a game of tag or see how fast you go? It’s great to be able to stop when you’ve planned the thing that’s wrong. And be able to do something else instead ― and think this song ―

Rogers concluded by saying “I feel that if we in public television can only make it clear that feelings are mentionable and manageable, we will have done a great service for mental health.“

Pastore, a veteran DC senator with over 20 years of experience, was touched by what Rogers said. “I’m supposed to be a pretty tough guy, and this is the first time I’ve had goose bumps for the last two days. Looks like you just earned the $20 million.”

In an era in which stardom seems to mean gaining publicity through stunts and unfortunate behavior, Fred Rogers, the kindly neighbor whose optimism shone through to some of the country’s most hardened politicians, showed himself to be a real star. His legacy lives on in the form of strong PBS educational programming and a nation that continues to support federal funding for public television.