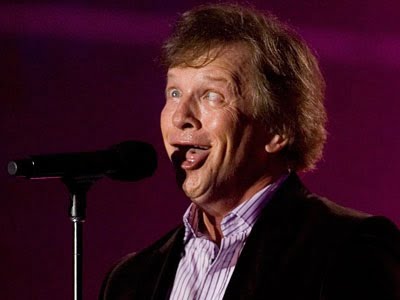 Known as the man of a thousand voices, André-Philippe Gagnon returns to Alberta and Saskatchewan to perform his brand new show “The History Of Rock And Roll”. Gagnon borrows the famous voices of vocalists from around the world to showcase the music of the last sixty years. He brings together artists who have shaped the soundtrack of our lives – including Elvis, The Beatles, Frank Sinatra, The Rolling Stones and Michael Jackson for one unforgettable evening of music and comedy.

Gagnon has played to sold-out audiences around the world for over three decades. He can perform note-perfect impressions of the signing voices of many of the world’s most celebrated singers. A Quebec native, Gagnon first hit international success in 1985 when he participated in the famed Just for Laughs festival, performing his version of the famine-relief anthem “We Are the World,” doing every singer on the song: 18 famous voices in one composition. It became Gagnon’s signature number, which he performed on the Tonight Show with Johnny Carson and in sold-out concerts around the world, from New York to Paris to London to Switzerland.

Gagnon has entertained audiences in over 11 countries, performing more than 3,500 shows, in front of over 5 million people. He has broken box office records, toured with Celine Dion and won international critical acclaim. Gagnon also had a decade-long residency at the prestigious Casino Venetian in Las Vegas playing to packed houses six nights a week and being named “Vegas’ Best New Act”.