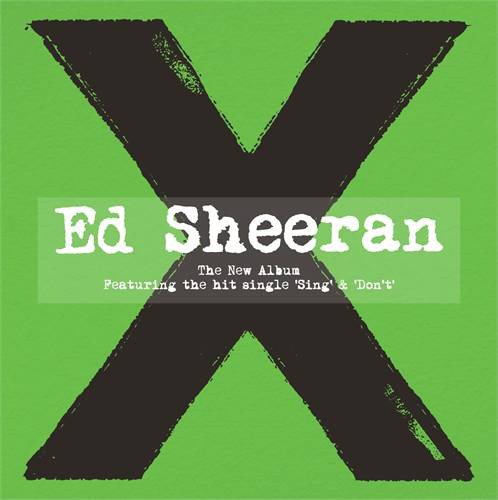 Ed Sheeran’s x spends its 200th week on the Billboard Album Chart, thanks to “Sing”, “Don’t”, “Thinking Out Loud”, “Bloodstream”, and “Photograph”. In December 2014, Spotify named x the most-streamed album in the world for 2014, racking up more than 430 million streams for the year. x has been certified 10× Platinum in the UK with sales of over 3 million copies, making it the third best-selling album of the 2010s and one of the best selling albums in the history of the UK. The album has been certified 3× Platinum in Canada, 6× Platinum in New Zealand, and 4× Platinum in the US, with sales of over 4 million copies. It also became the first album ever to be certified Diamond in Australia. Also, x broke Adele’s record for the longest charting Top 10 album in the history of the United Kingdom. According to the International Federation of the Phonographic Industry, x sold 4.4 million copies in 2014 and 3.5 million copies in 2015, becoming the third and second best-selling album, respectively, and now the album has sold 10 million copies worldwide.