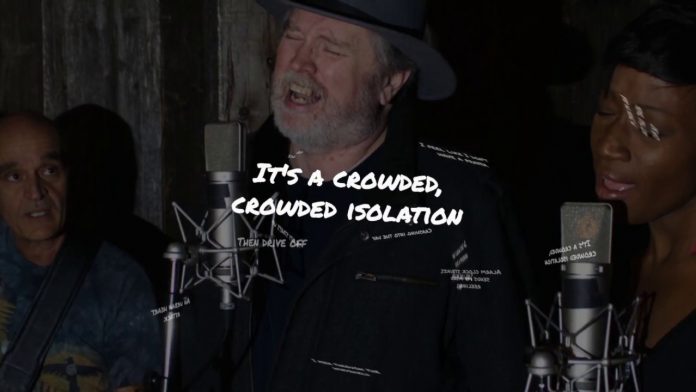 Who says you have to be young to hit the top of the Urban/AC charts in the US? David Bray has the edge and experience of songwriting to hit #1 on Buffalo’s WUFO FM with his “Crowded Isolation.”

From his early work with producers Daniel Lanois, Eugene Martynec and John Capek to his more recent work with a list of all star musicians including Motown’s legendary bassist Bob Babbitt, Garth Hudson of the Band, Colin Linden, Kim Mitchell, Jeff Healey, Daniel Lanois, Bill King, Richard Bell, Gary Craig, Paul Reddick, Justin Abedin of Jacksoul, John Dymond and more, David has emerged as one of Canada’s most distinctive songwriters. His compelling lyrical flare combined with an ear for musical hooks has been hailed by critics and industry veterans alike. Bray is a poet and storyteller as much as he is a writer of songs….all without compromising on his superb brand of R&B which is the bedrock of his latest collection.

A decade of work has resulted in a trilogy of three separate releases (of which Crowded Isolation is the second) ranging musically from contemporary R&B to Soul and Blues, focusing on a soul-searching examination of what Bray calls “Crowded Isolation” and the challenges of urban life.

Bray wrote, produced and performed the latest album helped out by all star musicians and some fine vocalists, most notably his musical partner Lorraine Reid, one of Canada’s finest new vocalists. Crowded Isolation has been drawing raves from over 100 stations around the world so far.