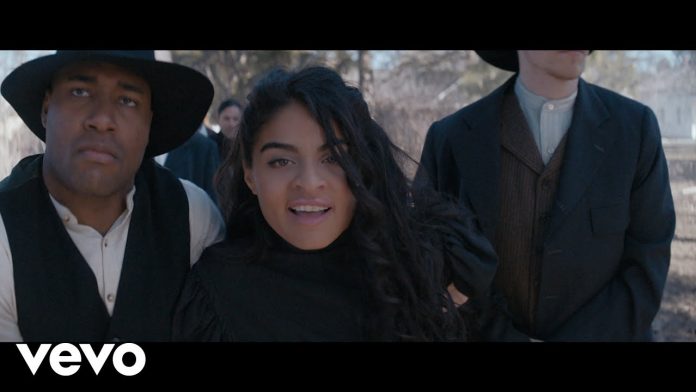 Canadian singer-songwriter Jessie Reyez has been chosen as YouTube’s first-ever global Artist on the Rise – a new program from YouTube that will promote a diverse lineup of music’s most important new voices across all genres, connecting them with fans worldwide through in-product promotion and programming, out-of-home, social and fan events at YouTube Spaces. The Artist on the Rise Trending tab will also continue to feature three songs a week from emerging artists that are making a significant impact on YouTube.

“We had already shot a day of footage, and singing through the whole song just got me, and I just started bawling.” explains singer Jessie Reyez of her emotional video for her hit single “Figures.” Featuring little more than Jessie, her guitar and her powerful voice, the video captures the 27-year-old Colombian-Canadian belter fully in her feelings, reflecting on a breakup that was still all too real. “It was the most potent if we just left it raw, if we just left it direct and straight.”

The stripped-down video, which has racked up 23.5 million views and counting, is a fitting introduction to Reyez, who has been growing her YouTube fanbase for years. In her earliest days as a creator, Reyez covered hits like Adele’s “Hello” and twenty one pilots’ “Stressed Out”—songs that showed off her smoky voice, intense singing style, and guitar skills. “Watching covers of other people was almost like a window,” she recalls. “Someone could hear your voice and hear you play an instrument, and if that person liked you they’d be more inclined to listen to your original music. I didn’t have enough money to pay for a commercial, but YouTube was like my idea of a commercial.”

Reyez first broke through in 2014, when she collaborated with the Chicago MC King Louie on “Living In the Sky.” After the 2016 release of “Figures,” she got snapped up by the Toronto-based label FMLY, which released her debut EP Kiddo last year. She collaborated with superstar DJ Calvin Harris and bachata heartthrob Romeo Santos, and Kiddo was nominated for Canada’s prestigious Polaris Music Prize; Reyez was also on the short list for four Juno Awards, winning Breakthrough Artist and performing a stunning rework of “Figures” with fellow Canadian upstart Daniel Caesar at the ceremony in March. With each upload and achievement the views kept snowballing, making Reyez a natural for YouTube’s Artist on the Rise program.

“I remember uploading those clips to YouTube way back when, then blasting everybody, begging them to listen,” Reyez explains when looking back at her channel’s explosive growth. “To watch something grow organically is humbling. I’m really grateful.”

The singer has a busy summer ahead of her. She just released the “anti-judgment, anti-criticism, none of your business anthem” about sexuality “Body Count,” and in July she’s touring amphitheaters with Halsey. But she still has time to interact with her fans like she did with those early videos, making connections with each upload, poll, and update to her YouTube Community Tab.